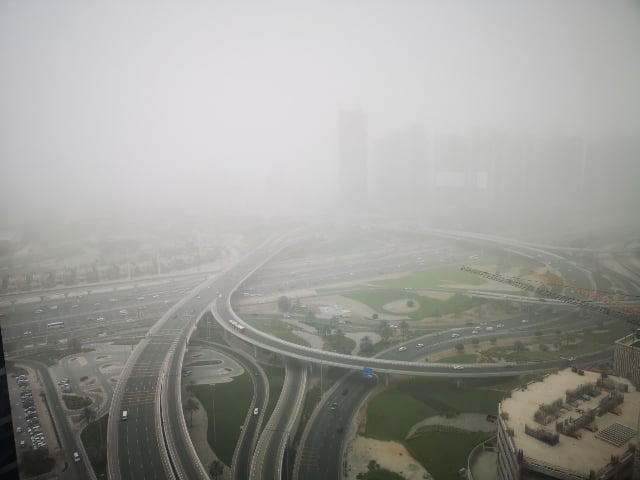 The weather in the UAE may remain partly cloudy in parts of the country on Thursday, with rainfall expected in certain areas, the National Centre of Meteorology (NCM) has said.

“Fair to partly cloudy, with a chance of some convective clouds formation Eastward and Southward by afternoon, associated with rainfall. Humid by night and Friday morning over some coastal and internal areas especially Northward. Light to moderate winds, freshening at times, causing blowing dust and sand. The sea will be slight to moderate in the Arabian Gulf and in Oman Sea,” NCM said.

The UAE recorded its lowest temperature of 24.7°C in Jabal Al Heben at 6.15am today.