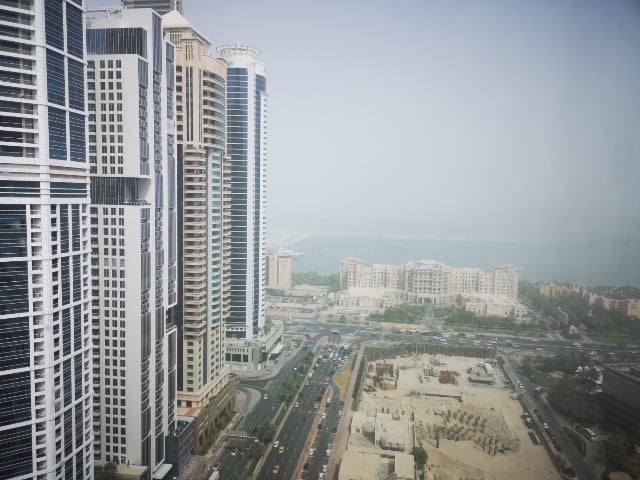 The UAE’s National Centre for Meteorology (NCMS) warned of dust storms across the country on Thursday.

In its daily forecast, the weather authority said there would be fresh winds and poor visibility of less than 2,000m at times due to blowing dust and sand over most coastal and internal areas of the country.

The conditions are expected to persist from 5:00am until 6:30pm.

The maximum temperature will be 36-43 degrees celsius in coastal areas, 40-44 in internal areas and 31-37 in mountains areas.

Rough seas are also expected in the Arabian Gulf, with wave height ranging between 5 and 8 feet until 5:00am on Friday.

Among the areas affected by blowing dust are Dubai’s Al Maktoum Airport and Abu Dhabi Airport, with visibility reduced to 2,500m

Over the coming weekend, the authority said southeast to northeast winds would blow across internal and mountain areas reaching speeds of 55kph at times.