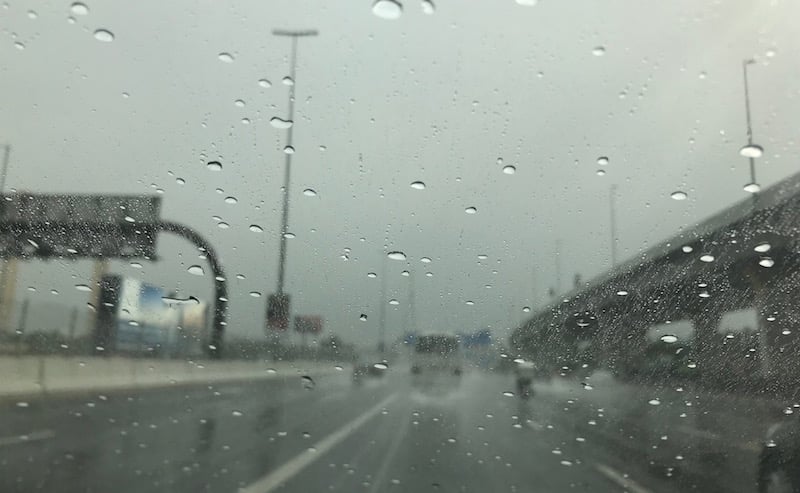 Schools across the UAE have been shut on Wednesday even as heavy rainfall and thunderstorms have been forecast across the country.

“The Ministry of Education is keen on the safety of students and due to the fluctuations in weather and prevailing weather conditions, it was decided to disable all schools in Dubai and the Northern Emirates on Wednesday,” the ministry said on Twitter.

Schools in Abu Dhabi have also been closed for the day.

Due to unstable weather conditions, all schools in Abu Dhabi City will be closed on Wednesday, 20 November for students’ safety pic.twitter.com/hA2ERUvIcl

The UAE is expected to witness rainfall and strong winds this week, the National Centre for Meteorology (NCM) has warned.

Adverse weather conditions are expected, with rainfall of different intensities, with thunder and lightening at times.

Hail was also seen in parts of the country on Wednesday morning.

Strong winds – reaching speeds of up to 70km/hr – will cause blowing dust and sand, with poor horizontal visibility, NCM said.

Taking to Twitter, NCM issued an alert about reduced visibility on the roads on Wednesday.

Due to unsettled weather conditions, please check official forecasts, take precautions when driving and avoid going in the sea.@NCMS_media pic.twitter.com/jkH62WWBGD

The cloudy weather will persist on Thursday and during the weekend with the possibility of rainfall.

Seas will also remain rough during the week ahead, the NCM warned.