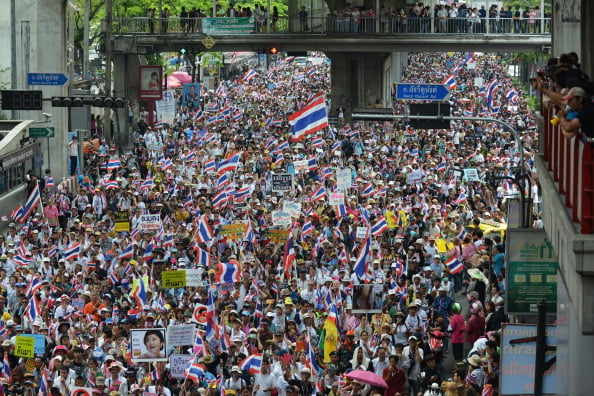 The UAE’s Ministry of Foreign Affairs has advised Emiratis not to travel to Thailand unless they really have to, due to the tense political situation in the Southeast Asian country, official news agency WAM reported.

“The Ministry is closely following developments in Thailand and has assigned, in coordination with the UAE Embassy in the country, an operations room that works around the clock in order to follow citizens’ conditions there,” the report quoted Abdullah Bin Mohammad Bin Butti Al Hamed, undersecretary of the Ministry of Foreign Affairs, as saying.

Thailand has been plagued by anti-government protests since November last year, which has so far left 23 people dead and hundreds injured.

Protesters are seeking to topple Prime Minister Yingluck Shinawatra, who has been accused with dereliction of duty for overseeing a rice-buying scheme.

The Constitutional Court nullified the country’s general elections held on February 2, which has thrown Thailand into even greater chaos. Officials say tourism has been severely affected by the turmoil.