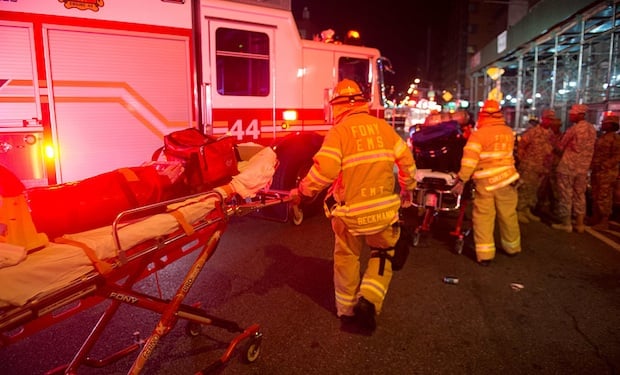 The UAE has cautioned its citizens in New York to be careful in public areas following a blast in the city that left 29 people injured.

The UAE embassy took to Twitter to urge Emiratis to avoid public places.

The cause of the explosion, which took place late on Saturday in the crowded neighbourhood of Chelsea, is unknown.

However, New York mayor Bill de Blasio confirmed that it was an “intentional” act.

“The initial indications is this was an intentional act,” he said. “We also want to be upfront saying that there is no evidence at this point of a terror connection to this incident.”