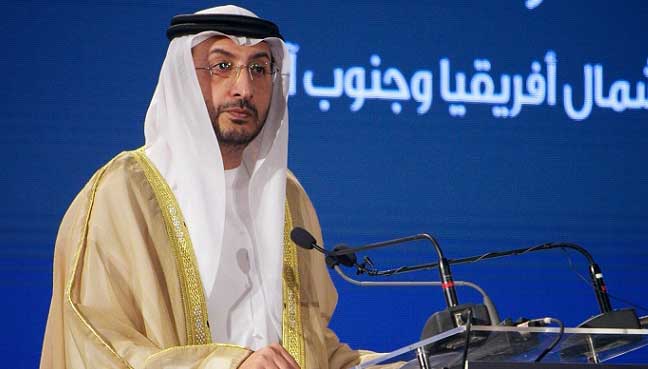 The United Arab Emirates wants to expand trade ties with faster growing nations in Asia and Africa, a senior official said on Sunday.

Rich Gulf Arab states are looking at ways to diversify their economies, including who they trade with, after more than two years of depressed oil prices forced a rethink of government spending.

The pace of economic growth in Asian and sub-Saharan African economies has made them ideal partners, His Excellency Abdullah Al Saleh, undersecretary for foreign trade and industry at the UAE ministry of the economy, told Reuters in an interview.

Asia’s two largest economies China and India are expected to grow by 6.5 per cent and 7.2 per cent this year while sub-Saharan Africa is forecast to expand by 2.8 per cent, according to the International Monetary Fund (IMF).

There are “huge opportunities” in China and India but also in Singapore and Indonesia, Al Saleh said.

In 2015, the UAE’s non-oil trade with Asia was worth Dhs450bn ($122.5bn), according to Al Saleh. Two-thirds of its trade with Asia is with six markets; China, India, Japan, Iran, South Korea and Hong Kong.

The UAE wants to see free trade agreements between the Gulf Cooperation Council and China, India, Australia and New Zealand to be a priority, Al Saleh said. However the political and economic bloc comprised of Saudi Arabia, the UAE, Qatar, Kuwait, Bahrain and Oman has made little material progress on free trade negotiations despite talks being open with around a dozen different countries and groups.

Economic ties with China and India have deepened since Abu Dhabi Crown Prince Sheikh Mohammed Bin Zayed al-Nahyan visited the two countries in 2015 and 2016, respectively, according to Al Saleh, with UAE companies now having “better access to the markets”.

Though already having close ties to North Africa in part through shared culture, language and religion, the UAE is looking for deeper ties with sub-Saharan Africa.

“The latest reforms in some of African countries are very attractive for us,” Al Saleh said.

There is potential for greater trade and investments in Kenya, Ethiopia, Tanzania, Namibia, Angola and Mozambique, he said, and while Nigeria – Africa’s largest economy –is going through a period of instability, it cannot be ignored either.