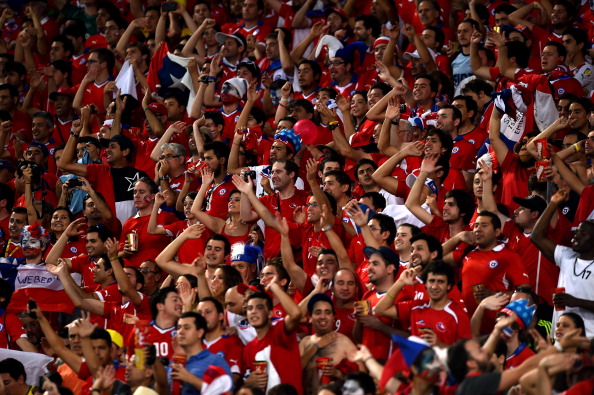 UAE travellers to Brazil spent almost $1.145 million during the first two weeks of the FIFA World Cup on their Visa cards, with the country ranking 30th in the list of top global spenders, according to a report by the payments firm.

Data for the report, which analysed transactions through Visa credit, debit and prepaid cards was collected between June 12 and June 26, during the group stage of the tournament.

Visitors from Saudi Arabia were the second largest spenders from the GCC as their expenditure reached $607,000 while Qatar travellers spent $317,000 during the World Cup.

Overall, Middle East travellers have spent around $2.7 million since the tournament kicked off, the report said. These figures represent an increase of 419 per cent in spending by visitors from the region compared to the same period last year.

In comparison, spending by international travellers during the group stage of the World Cup totalled $188 million, representing a 152 per cent year-over-year increase.

Visa also noted that current spending levels are 141 per cent higher when compared to the $78 million spent by travellers attending the 2013 FIFA Confederations Cup during the same timeframe.

The highest spending day in the 2014 FIFA World Cup Brazil was June 25, when travellers spent $17.4 million in one day.

“The group stage of the 2014 FIFA World Cup Brazil has shown that international tourism was strong well beyond the cities of Rio de Janeiro and São Paulo, as fans traveled throughout Brazil to support their teams,” said Ihab Ayoub general manager, ‎Middle East & North Africa at Visa.

“But what has been significant for us has been the enthusiasm shown by visitors from the Middle East region despite not having a team competing.

“The fact that these games are bringing positive economic impact to regions of Brazil typically less visited by international travellers, is another sign of success for the tournament overall.”

Spending by GCC visitors has been quite robust since the start of the mega-football tournament.

A previous report by Visa revealed that they spent over $500,000 on their visa accounts during the first four days of the World Cup.

The amount represented a five-fold increase over the same four-day period in 2013, and 47 per cent more when compared to the opening four-day period of the Confederations Cup (June 15 –June 18, 2013).

The report also found that the UAE and Saudi Arabia made up 70 per cent of the total GCC spend.