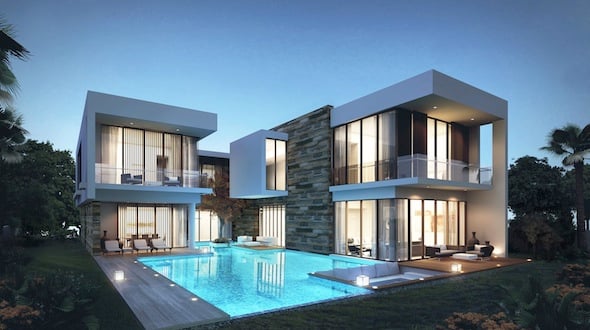 The relaxing of visa restrictions for Chinese visitors to the United Arab Emirates, is expected to lead to a surge in Chinese investment in the country’s property market, according to the managing director of local developer Damac.

UAE’s Vice President and Prime Minister and Dubai’s ruler Sheikh Mohammed bin Rashid Al Maktoum revealed in a tweet this week that the country’s cabinet had decided to grant visas on arrival to Chinese visitors.

Speaking to Gulf Business, Ziad El Chaar said the move was good news for property developers but changes to mortgage rules would be needed to take advantage of the opportunity.

“Of course [we expect more Chinese buyers], but we just the need the mortgages to complete the cycle because they are actually one of the biggest countries in restricting transfers,” he said, noting the $50,000 annual limit on Chinese nationals buying foreign currency.

The UAE Central Bank introduced a mortgage cap in late 2013 forcing buyers to produce a minimum deposit of 25 per cent for properties worth under Dhs5m and most banks in the country will not provide a mortgage without salary transfer.

However, El Chaar argued a 35 per cent, no questions asked, style mortgage system requiring no income verification would be more favourable for some foreign buyers including the Chinese.

“They collect the family, so I give my brother, my sister, my mother each $50,000 dollars and they transfer for me,” El Chaar said explaining how Chinese buyers get around the foreign transfer limit.

Chinese visitor numbers to Dubai also increased by 29 per cent to reach 450,000 in 2015, according to official figures.

Damac has announced 10 projects so far this year with a total value of approximately Dhs13bn ($3.53bn), the company said earlier this week.

In recent days it has launched villas at its Akoya golf community and hotel apartments at the Dubai Canal-side Aykon City project.