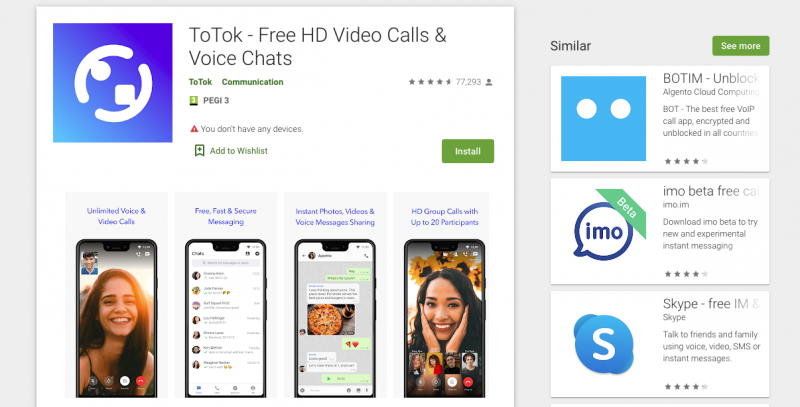 UAE video calling app ToTok has reached out to Apple and Google to get back on their app stores, stating that it has complied with all their requirements.

The app, which gained popularity in the UAE late last year before it was removed from Google and Apple app stores, was alleged of being a ‘spy tool’.

In a statement on Thursday, ToTok’s founders said more than 20 million continue to use the app regularly, despite “the misleading and outright false accusations.”

Read: Video calling app ToTok responds to allegations of being a spy tool

“While we disagreed with the removal of ToTok from the Apple App Store and the Google Play Store, we have implemented every specific change requested by both Apple and Google. We remain eager to cooperate with the two companies to get ToTok back in the app stores for good,” the statement said.

The app said it has reached out to Apple and Google by “calling, emailing, and reaching out on social media and inviting the two companies to visit the ToTok office in Abu Dhabi”.

“Regrettably, there has been no return communications from Apple since January 7, 2020 and from Google since February 15, 2020,” the statement said.

The video calling app also asserted that it is “secure, safe to use, and remains free for everyone”.

Calling itself an “independent commercial entity” ToTok stressed that all user data is strongly encrypted and all transmission channels are fully protected.

“ToTok uses the same privacy and security technologies as some of the world’s leading messaging apps, including WhatsApp, Telegram, and Facebook Messenger,” the statement said.

The app is available for download to Android users on ToTok’s official website, through the Huawei, Samsung, Xiaomi, OPPO, Vivo app stores, or via third-party stores such as Apkpure, UpToDown, Aptoide, GetJar and Softonic.

However, the UAE now has a growing list of supported video/audio calling apps including Botim, C’Me, HiU and Voico – all of which are paid.