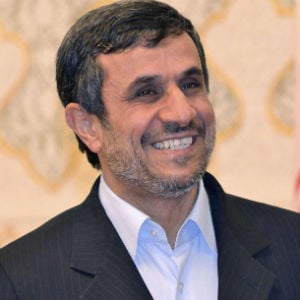 UAE Foreign Minister Sheikh Abdullah bin Zayed Al Nahyan has called on Iran to resolve the dispute between the two countries concerning the islands of Greater and Lesser Tunbs and Abu Mousa, as the issue could lead to “dangerous consequences.”

“I call upon Iran to listen to voice of reason and put an end to the standoff whose repercussions could not be contained by either the UAE or Iran in future,” official news agency WAM quoted him as saying at a conference.

His remarks come after Iranian President Mahmoud Ahmadinejad’s visited Abu Mousa last week, which the UAE deemed a “violation of its sovereignty.”

The UAE immediately recalled its ambassador from Iran and cancelled a friendly football match with Iran’s national team. The UAE State Minister for Foreign Affairs also handed a “strong protest memo” to the Iranian Ambassador to UAE over the issue, said Sheikh Abdullah.

Neighbouring Saudi Arabia also criticised the move and its cabinet called Ahmadinejad’s trip a “transgression of efforts towards a peaceful solution of the issue of the UAE islands”, the Saudi Press Agency reported.

“I request Iranian brothers to ease the tension and return to the negotiation table with specified scheduled and clear agenda whose resolutions will be clear,” Sheikh Abdullah said.

Around 40 per cent of the world’s energy passes through the three island and not resolving the issue could jeopardise international security and peace, he added.