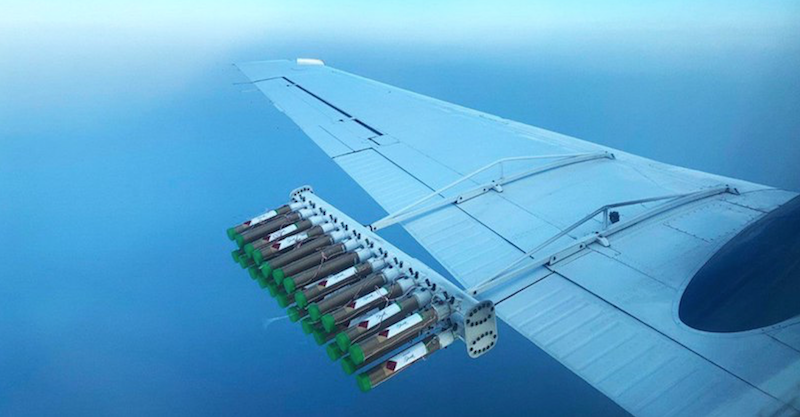 The UAE’s National Centre of Meteorology (NCM) confirmed on April 12 that it had undertaken 95 cloud seeding operations across the country in Q1 2020, using 2,171 flares produced by NCM’s Emirates Weather Enhancement Factory.

The UAE reports an average rainfall of 100 mm per year, resulting in the country being placed among globally water-stressed countries.

Notably, Saudi Arabia approved its own cloud seeding programme in February to increase its rainfall by 20 per cent. The kingdom, which currently receives less than 100 mm of rainfall a year, depends primarily on groundwater resources, although it also carries out seawater desalination.

Here in the UAE, the NCM relies on its cloud seeding operations via a sophisticated network of radars that monitor the country’s atmosphere around the clock and provide data on clouds.

A team of pilots and technicians based at NCM’s dedicated operations room analyse this data, and carry out cloud seeding operations if they detect ‘seedable’ clouds, added WAM.

The UAE’s first cloud seeding study was carried out in 2004.

According to the country’s National Centre for Meteorology, the UAE carried out 184 cloud seeding operations in 2018, and witnessed 46.5 mm of rainfall with the figures rising to 101.1 mm of rainfall in 2019, with 247 operations undertaken.

Read: Rains continue in the UAE, cloud-seeding not responsible for storms – NCM

“The UAE has been a forerunner in adopting rain enhancement technologies in the region. To achieve the objectives of UAE Research Programme for Rain Enhancement Science (UAEREP), NCM has developed a wide network of local and international partners,” said Dr. Abdulla Al Mandous, director of NCM and president of the Regional Association II (Asia) of the World Meteorological Organization (WMO).

NCM also provides crucial support for UAEREP awardee projects by providing advanced technologies and facilities including a network of radars, weather stations, aircraft and subject matter experts. It also facilitates testing and practical application of research projects in the UAE, enabling the awardees to achieve the objectives of their research.

These cumulus clouds develop as a result of convection, and range at base heights of 1,000 metres, with a width of up to one kilometre.