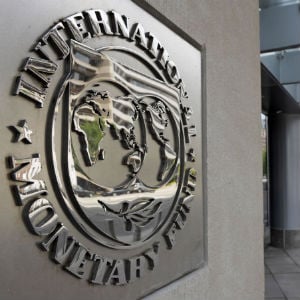 The UAE’s economic growth is expected to slow to 2.3 per cent this year from an estimated 4.9 per cent in 2011, as the Gulf country gradually consolidates fiscal policy, the International Monetary Fund said on Wednesday.

“The economic recovery looks set to continue. With limited potential for further increases in oil production in the near term, overall GDP growth is expected to moderate to 2.3 per cent,” the Fund said in a statement after concluding its annual consultations with the UAE.

The Fund’s 2011 gross domestic product growth estimate is much stronger than 3.9 per cent forecast by analysts polled by Reuters in December. The UAE’s statistics bureau has yet to release 2011 GDP data.

Robust oil prices and strong trade flows with Asia have helped the second largest Arab economy recover from the 2009-2010 Dubai debt crisis, which exposed excesses in its property sector and led to a $25 billion debt restructuring at state-owned Dubai World.

The IMF warned, however, that the uncertain global economic and financial environment posed risks to the outlook, and any renewed worsening of the global situation could make it more difficult for the UAE’s government-linked companies to roll over some of their maturing external debt.

It said substantial progress had been made in the debt restructuring of state-linked entities, but that they still faced high refinancing needs and continued reliance on foreign funding.