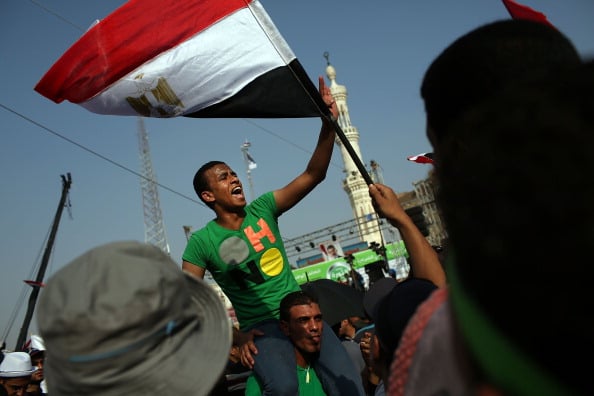 Saudi Arabia approved $5 billion in aid to Egypt on Tuesday and the United Arab Emirates has offered $3 billion in desperately needed support for the economy after the army ousted the Islamist president last week.

Egypt has struggled to pay for imports since the 2011 uprising that pushed Hosni Mubarak out of the presidency drove away tourists and foreign investors, two of its main sources of foreign currency.

Since then it has run through more than $20 billion in reserves, borrowed billions from abroad and delayed payments to oil companies.

The United Arab Emirates will make a $1 billion grant to Egypt and a $2 billion loan, state news agency WAM said on Tuesday. The $2 billion loan would take the form of an interest-free deposit with Egypt’s central bank, WAM said.

“The UAE stands by Egypt and its people at this stage and trusts the choices of its people,” WAM quoted National Security Adviser Sheikh Hazza bin Zayed as saying. “Egypt’s security and stability are the basis of Arab security.”

The rise of Mohamed Mursi’s Muslim Brotherhood in Egypt since 2011 has unsettled most Gulf Arab states, including the UAE, which feared it would embolden Islamists at home.

Sheikh Hazza and UAE Foreign Minister Sheikh Abdullah bin Zayed flew to Cairo on Tuesday morning at the head of the most senior foreign delegation to visit Egypt since Mursi’s overthrow.

The UAE’s $3 billion was expected to be part of a larger financial package from the Gulf emirate, the Egyptian source said.

Economists warn that the aid will be of only short-term value if Egypt does not use it to overhaul its finances.

Foreign reserves fell by $1.1 billion in June to $14.9 billion, representing less than three months of imports, considered by the International Monetary Fund to be the minimum safe cushion. Only about half of the reserves are in the form of cash or in securities that can easily be spent.

“Public finances have been on a downward track since the revolution, and the pace of deterioration has been accelerating,” said Simon Williams of HSBC.

“Access to donor money will buy Egypt time, but it will not address the underlying problem which requires a recovery in growth to boost revenues and curbs on subsidies and salaries to slow spending.”

The country’s budget deficit has also widened dangerously over the last few months, prompting Mursi’s government to take the risky measure of ramping up its direct borrowing from the central bank.

In the first five months of 2013 alone, the deficit nearly doubled from the previous year to 113.4 billion Egyptian pounds ($16.2 billion), according to Finance Ministry figures. Annualised, this would be about 15 percent of gross domestic product (GDP), according to one economist.

Last year, the government had projected a deficit of 135.0 billion Egyptian pounds for the fiscal year that ended on June 30, 2013. But by the end of May, the deficit had already reached 202.9 billion pounds, with June yet to be reported.

Successive governments since Mubarak was overthrown have financed the deficit by selling treasury bills and bonds to local banks, but the ability of banks to take on new debt has been stretched to the limit.

To help make up the difference, the government borrowed 84.6 billion pounds directly from the central bank in the first five months of 2013, according to figures on the bank’s website.