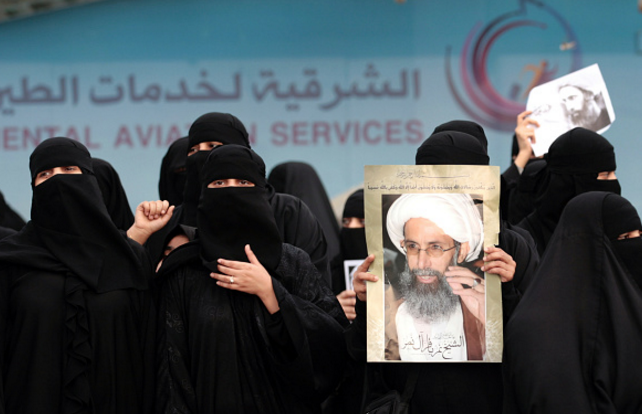 The United Arab Emirates has expressed support for Saudi Arabia after the kingdom executed 47 people including a prominent Shiite cleric on Saturday for terrorism offences.

Sheikh Abdullah stressed that the kingdom’s measures represent a clear message against those who preach and provoke strife, division and disorder and seek to destroy the unity of society.

“These measures also show Saudi Arabia’s resolve and firm determination to press ahead to defuse, eliminate and uproot terrorism and extremism and to deter anyone planning any attempts to provoke civic strife and unrest and to abuse the security and stability of the kingdom,” he added.

The foreign minister also said carrying out the judicial sentences against those who had been convicted is an “inalienable right, especially after it had been proven, with corroborating evidence, that the people concerned had committed crimes”.

Saudi Arabia has faced a strong backlash for executing dissident cleric Nimr al-Nimr, who was convicted of inciting sectarian strife and sedition following his arrest in 2012.

The kingdom’s regional rival Iran summoned the Saudi ambassador in Tehran to condemn the execution and warned that Saudi would pay a heavy price for its policies.

“The execution of a personality such as Sheikh Nimr who had no means other than speech to pursue his political and religious objectives only shows the depth of imprudence and irresponsibility,” Press TV cited foreign ministry spokesman Hossein Jaberi as saying.

Iranian protesters also set fire to the Saudi embassy in Tehran on Saturday.

Meanwhile the Saudi Ministry of Foreign Affairs also summoned the Iranian ambassador and handed him a “strong-worded protest note on the aggressive Iranian statements,” the official Saudi Press Agency reported.

The Saudi Foreign Ministry said that it held the Iranian government “completely responsible” for the protection of the Saudi embassy in Tehran, the kingdom’s consulate in Mashhad and the safety of all its personnel from any hostile actions, as per international agreements and laws.

The execution of Nimr also led to protests in parts of Saudi Arabia and Bahrain. The United States also expressed concern that it could further “exacerbate sectarian tensions at a time when they urgently need to be reduced”.

US State Department spokesman John Kirby said: “We reaffirm our calls on the government of Saudi Arabia to respect and protect human rights, and to ensure fair and transparent judicial proceedings in all cases.”