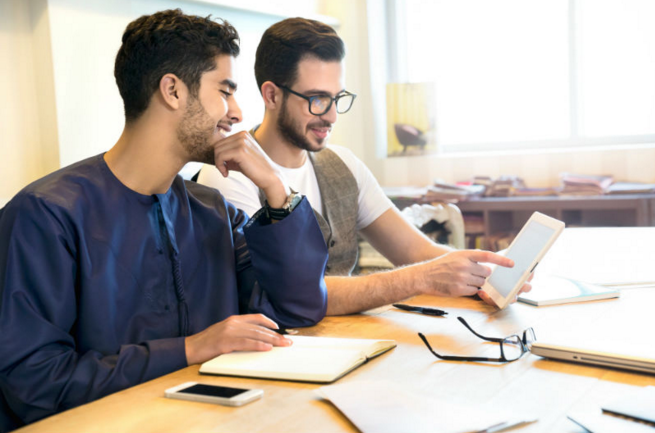 The cost of starting a small and medium size enterprise in the United Arab Emirates has fallen from $100,000 to $3,500 in just four years, according to the director of the Dubai Technology Entrepreneur Centre.

Speaking as part of a panel at the 2016 SME Summit held at The Atlantis hotel in Dubai, Hans Henrik Christensensaid that start-up costs could continue go down even further.

Christensen, who heads up the centre that is part of Dubai Silicon Oasis Authority, told audiences that the price of starting a small business had reduced considerably since 2012, when business needed to come up with nearly $110,000 in capital in addition to renting an office for as much as $19,000.

Initiatives such as DTEC’s flex-desk offering, which provides a working space from Dhs 7,000 ($2,000) and registration of Dhs 5,000 ($1,350), mean that new businesses can launch without first needing to raise large sums of money.

Christensen noted that while securing the initial capital is no longer an impediment for SMEs to launch, it is still important for business owners to be aware of the cost of running a company. He advised entrepreneurs not to start a company until they have sufficient money in the bank.

“If you spend some of that money to register your business you should not be fooled into thinking that you don’t need cash to run the business because then it’s going to hurt you,” he said.

In Dubai, SMEs account for 40 per cent of the economy, while in the UAE they account for 60 per cent to the country’s gross domestic product.

The SME 2021 initiative aims to raise SME participation to 70 per cent by focusing on three main areas: Increasing SME productivity, competitiveness through innovation and integrating SMEs with high-growth opportunities in Dubai.

However, the Dubai Government’s Executive Council economic advisor Dr Abdulaziz Istaitieh argued that productivity rather than percentages is what is important.

“Frankly, SMEs constituting 40, 60 or 70 per cent of the GDP does not matter and is not the core focus of the government because the important thing to note is how strong their productivity levels are,” he said.

“Even if the SME’s constitute 60 per cent of the GDP but their productivity level is low then the numbers don’t matter.”

At present the expansion of big company and government-related entities (GREs) are determining the distribution of the SME sector. In emirates such as Abu Dhabi and countries like Saudi Arabia the GREs take a high proportion of commercial activities, leaving limited business opportunities for SMEs.

“The good news is the government in the UAE plans to limit the expansion of GREs and instead make sure to open up more business to the SMEs,” Dr Istaitieh said.

“The critical question is how we do it.”