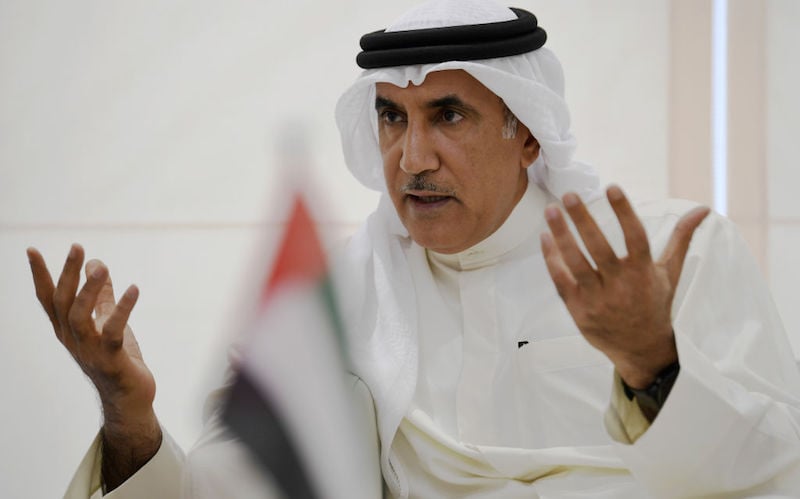 United Arab Emirates sports chief Mohammed Khalfan al-Romaithi, who formally threw his hat in the ring on Thursday, said the governing body was too late in responding to the arrest of the Bahraini soccer player in Thailand.

The AFC was condemned by campaigners for its muted response during Araibi’s more than two months detention in a Bangkok prison, where he awaited possible extradition to Bahrain despite his refugee status in Australia.

“It was too late. They should have talked about it,” Romaithi told Reuters in an interview in Abu Dhabi.

“I think that if the Australian and Prince Ali didn’t speak, they wouldn’t have said anything,” he said, referring to former Australia captain Craig Foster and Prince Ali bin Hussein of Jordan.

They were among the loudest voices calling for Al Araibi to be returned to Australia after he was detained in Bangkok on Nov. 27 at the request of Bahrain.

It had accused Araibi of crimes committed during the Arab Spring protests of 2011, charges which he denied.

Araibi was a vocal critic of Sheikh Salman, a member of Bahrain’s ruling family and a cousin of the king, when the latter contested the FIFA presidential election in 2015.

After weeks of silence, the AFC said on Jan. 26 that Sheikh Salman had had no influence on its handling of the matter before eventually supporting Al Araibi’s release.

Romaithi said Araibi’s case was one of several issues in the last four years that illustrated that the AFC was “not independent”.

“The AFC needs to be independent and solid and powerful against all countries and also needs to be fair to all Asian countries. No favours. No influence by others,” Romaithi said.

Romaithi said his own country should expect no favours if he is elected president.

“UAE will be treated like any other member association,” he said. “They make a mistake, I will pin them down.”

Romaithi and Qatar’s Saoud Al-Mohannadi will go up against Sheikh Salman, who is seeking a third term in office, in the vote at the AFC Congress in Kuala Lumpur on April 6.

The former Abu Dhabi Police Commander suggested his appeal to Congress delegates would be founded on bringing more cash into the game to help raise footballing standards across Asia, particularly in less wealthy countries.

“In the four years, I will bring sponsors for $320m,” Romaithi said. “Of course, it will be managed independent from the president.”

The money would be used to develop a second tier Asian Cup tournament and expand continental competition at junior levels.

“We will take the (next best) 16 teams who did not (qualify) two weeks after the end of the Asian Cup,” he said, adding the competition would start in countries that normally don’t host the Asian Cup.

“We want our kids to play as many games as possible so they can grow and in 10 to 20 years of adopting this, we the underdogs, will no longer be considered underdogs,” he said.

Romaithi also plans to launch an infrastructure fund to develop stadiums and training grounds in Asia and said he had a commitment for $50m from the UAE to launch it.

The AFC presidential election will take place against the background of a bitter economic and political dispute between Qatar, the host nation of the 2022 World Cup finals, and UAE, Bahrain, Saudi Arabia and Egypt.

Romaithi supports the expansion of the 2022 tournament to 48 teams and has said other Gulf Arab states, including the UAE, could host some matches.

If he wins the presidency, Romaithi said he would quickly visit Doha to discuss how best to assist with their preparations for the first World Cup to be held in the region.

“I am very happy for Qatar (to be) hosting the World Cup,” he said.