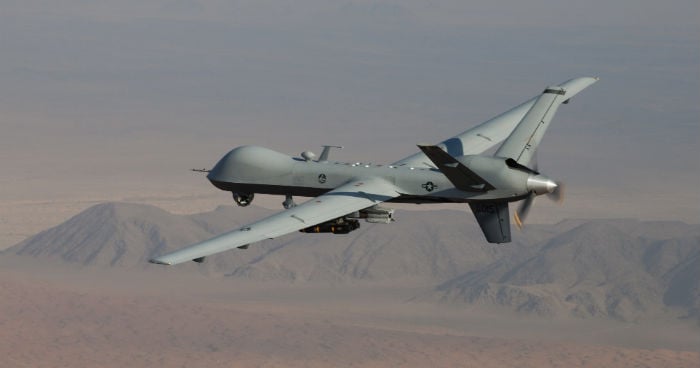 The United Arab Emirates (UAE) has signed defence contracts worth Dhs5.2 billion ($1.4 billion), including one for unmanned aerial drones, a spokesman for the country’s military said on Monday.

The largest deal, worth Dhs1.4 billion, was for 750 mine-resistant, ambush-protected, all-terrain vehicles from Oshkosh Corp.

“UAVs are significant for any armed forces in present times. There is a lot of demand for these,” Major General Obeid al-Ketbi told reporters at the largest arms exhibition in the Middle East, held in Abu Dhabi.

The UAE awarded the contract to purchase the drones to a local company, International Golden Group, which will buy them from the U.S. firm. The deal marks General Atomics’ first sale of an unarmed version of its Predator drones in the Middle East

The UAE and Saudi Arabia are among several countries, according to diplomatic cables released by Wikileaks, asking U.S. officials to buy armed drones but which have been rebuffed.

General Atomics’ export-variant Predator will have no “hard points” to attach missiles and would be deliberately engineered to make adding new weaponry impossible, the company said last year.

Ketbi said the UAE, which faced little of the political unrest seen during the Arab Spring upheaval across the region, had drone manufacturing capabilities domestically.

“There is definitely a chance to export abroad,” he said.

Other UAE military contracts were awarded to Russia’s KBP which got a 472.7-million-dirham deal to supply ammunition. Local defence firm Tawazun won a 720-million-dirham contract to procure laser guided rockets.