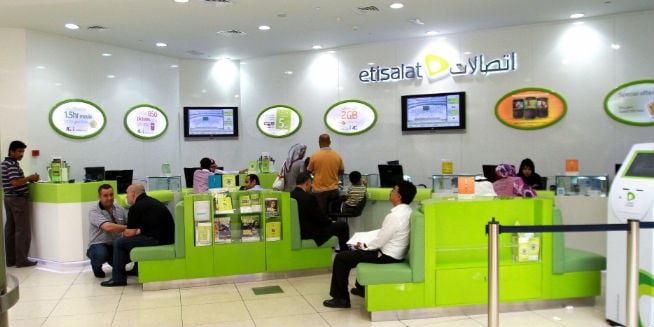 The United Arab Emirates government set royalty, or tax, rates on the Gulf Arab state’s two telecom operators on Monday, which will raise the amount paid into federal coffers.

Meanwhile, du, the No. 2 operator that broke Etisalat’s monopoly in 2007, will be required to pay a 17.5 per cent royalty on profits in 2012 and five per cent on revenues.

“There was speculation du’s royalties would increase to match those of Etisalat, which is not the case and therefore a positive for du’s stock,” says Amer Khan, fund manager, Shuaa Asset Management.

“The regulator has put the uncertainty to rest by clarifying the gradual increase in fees till 2016.”

“Du has been very conservative in provisioning for royalties and now they wouldn’t have to pay it all. The entire remaining amount will go straight to the bottom line, which is also a positive for dividends.”

Etisalat, the Gulf’s No. 2 operator, has paid 50 per cent of its profit in royalties to the federal government but a profit slump has seen the total amount it pays decline in recent years.

The Abu Dhabi-based firm operates in about 15 countries and the government said on Monday that the “royalty applies only on local revenues and profit.” However, the operator must pay the difference between any taxes it pays abroad and the UAE’s royalty rate. Approximately 90 per cent of Etisalat’s profit came from the UAE last year.

Shares in both telecom operators were halted pending the announcement.