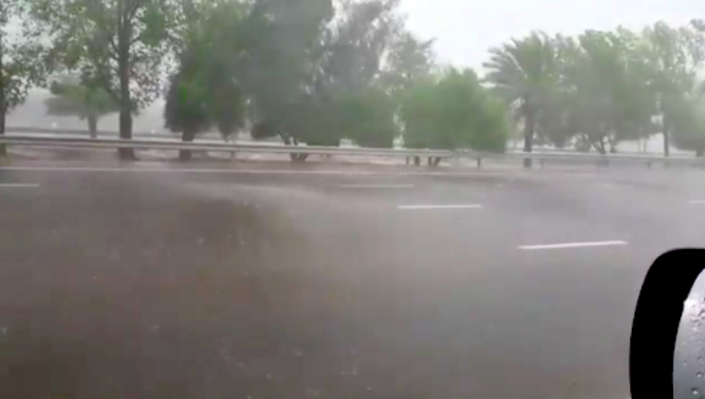 All private and public schools in the United Arab Emirates will be closed on Thursday as severe rains and thunderstorms continue to lash across the country.

The announcement was made by education minister Hussain Al Hammadi on Wednesday.

“Hussein Al Hamadi, the Minister of Education, issued a decision to provisionally suspend the official working hours on Thursday of all government and private schools in the state,” a statement from the ministry said.

“The decision comes due to weather conditions and to ensure the safety of students. Students will come back on next Sunday.”

All schools in Abu Dhabi and 10 schools in Dubai were also shut on Wednesday.

Meanwhile Dubai Police has also been advising motorists to be careful on the roads and has been posting updates about water-logged roads on Twitter.

“Reduce speed during heavy rain to avoid sudden sliding of your vehicle,” a message on Twitter read.

Police also confirmed that Global Village will be closed today “to assure the safety of everyone.”

The National Centre of Meteorology and Seismology has warned that heavy rains and thunderstorms with strong winds will continue in Jebel Ali, Fujairah, Sharjah and Al Ain.

The severe weather conditions are also anticipated to persist on Thursday.