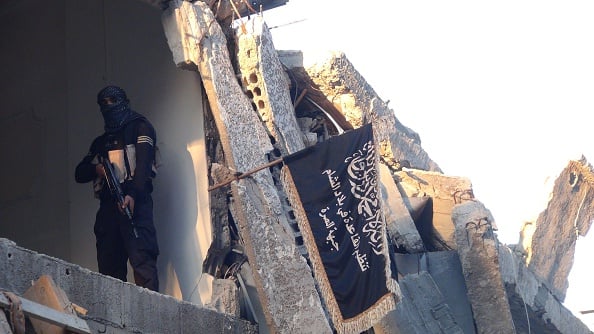 Saudi Arabia, a U.S. ally, the world’s top oil exporter and birthplace of Islam, has funnelled cash and arms to rebels fighting Syrian President Bashar al-Assad but has also opposed Islamist militants within the anti-Assad insurgency.

“An official source revealed that Saudi air forces took part in military operations in Syria against the Islamic State group and to support the moderate Syrian opposition, within an international coalition, to combat terrorism…, and to support the fraternal Syrian people in returning security, unity and development to this devastated country,” the Saudi Press Agency (SPA) said.

“Today we face a very dangerous situation where terrorist cells have turned into armies… that extend to all of Libya, Lebanon, Syria, Iraq and Yemen,” he said.

“Faced with these dangerous facts, today we are required to take serious policy decisions to confront this vicious attack with full force. We need to move with assertive steps and fast.”

“Muslim scholars emphasised the corruption of the ideas and actions of Daesh and said that they harm the image of Islam and distorted its meaning to show that it’s based on murder and decapitation,” said the SPA report.

SPA gave no details about the Saudi role in the air strikes.

Jordan, Bahrain and the United Arab Emirates had already acknowledged participating in the bombing runs against Islamic State and other radical Islamist fighters in eastern Syria. Qatar said it had a supporting role.

It is the first time since the 1991 Gulf War that Arab states have made common cause to join U.S.-led military action, and it took the menace of Islamic State to persuade them that any public backlash is a price worth paying.

In recent decades the Saudi armed forces had engaged in combat only within their own borders and had not sent warplanes on missions further afield.

A Gulf security source familiar with the air strikes said the Saudis had sent four F-16 fighter jets, the UAE contributed four warplanes, Bahrain two and Qatar a Mirage jet which did not drop any bombs or take an “active part” in the attack.

The operation took place “in coordination with participating forces in the international efforts against Da’esh”, the agency quoted a foreign ministry statement as saying, using a widely used term for Islamic State militants.

The source added that the operations were to support the moderate Syrian opposition as part of an international coalition to combat terrorism, but did not give further details about the Saudi role.