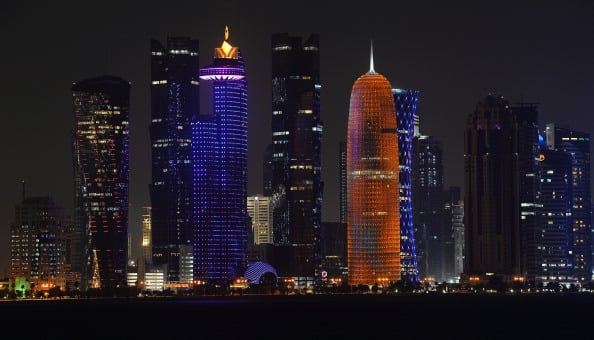 The UAE, Saudi Arabia, Bahrain and Egypt have stressed that sanctions on Qatar will continue until the country “commit themselves” to counter terrorism in the region.

In a joint statement issued on Tuesday, the four countries also reiterated the main reasons for the strict measures taken against Doha.

“The quartet affirms that the measures they have taken were motivated by the continuous and diversified activities of the Qatari authorities in supporting, funding and harbouring terrorism and terrorists, as well as promoting hateful and extremist rhetoric and interfering in the internal affairs of states,” the statement said.

“Qatar should completely and finally stop these activities and implement the list of 13 fair and legitimate demands, in addition to any demands that the four nations may later announce, after the world knows about the insincerity of the Qatari authorities.”

The four states claimed that Qatari authorities have “consistently negated all their agreements and commitments”, including the Riyadh Agreement in 2013, which triggered the withdrawal of ambassadors from Doha.

The ambassadors were only returned after Qatar signed the supplementary agreement in 2014.

“However, Doha has continued to meddle in the internal affairs of states, and has incited, colluded and harboured terrorists, funded terror operations, and spread messages of hatred and extremism,” the statement said.

“Consequently, the four nations cannot trust any commitments made by Qatar because of its existing policies, and will introduce strict monitoring mechanisms to ensure its sincerity to return to the rightful course.”

The statement comes after the visit of US secretary of state Rex Tillerson to Qatar, where the countries signed an agreement to combat the financing of terrorism.

Tillerson said the agreement had been under discussion for weeks.

“The agreement which we both have signed on behalf of our governments represents weeks of intensive discussions between experts and reinvigorates the spirit of the Riyadh summit,” Tillerson said at a joint news conference with Qatar’s minister of Foreign Affairs.

The UAE, Saudi Arabia, Bahrain and Egypt welcomed the move but said it was not enough.

“The four nations value the efforts being made by the US to counter terrorism and dry up sources of terror finance as well as the full-fledged robust partnership demonstrated in the Islamic-US Summit, which formed an international decisive position against extremism and terrorism, regardless of their sources and origin,” they said in the statement.

“While the four nations believe that the MoU… between the US and the Qatari authorities came as a result of repeated pressures and demands over the past years by the four nations and partners to Qatar to stop supporting terrorism, they emphasise that such a step is not enough and they will closely monitor the seriousness of Qatar in combating all forms of funding, supporting and fostering of terrorism,” it added.

Among the demands submitted to Qatar to ease the sanctions were closing down the Al Jazeera TV channel, shutting a Turkish military base in Qatar and downgrading ties with Iran.

On Tuesday, the four Arab states affirmed that the measures will remain in place until the “Qatari authorities commit themselves to fully implement these fair demands, which seek to counter terrorism and realise stability and security in the region.”