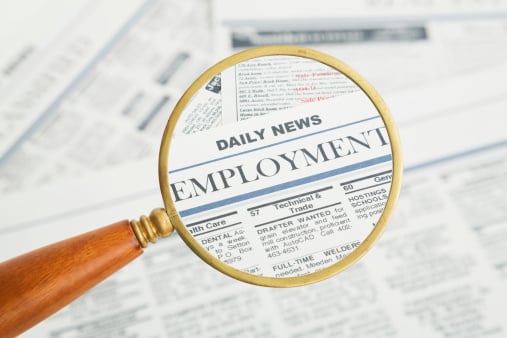 The average UAE salary has increased by 4.5 per cent this year as companies look to new hires, according to a survey by HR consulting firm Mercer.

The report comes amid recent attention on the country’s job market after Dubai bank Emirates NBD’s purchasing managers’ index found UAE employment decreased for the first time in the report’s history in August and continued to decline in September.

Mercer said the highest salary increase for 2018 was seen in the life sciences sector at 5 per cent.

Into 2018, it forecasts a 4.8 per cent annual salary increase in the UAE – one of the highest rates see in the Gulf Cooperation Council region.

Life sciences (5 per cent), consumer goods and high-tech industries are expected to see the largest increases next year, while the energy sector is expected to grow below the market rate at 4 per cent.

Other notable trends included that management staff in the UAE were paid up to 10 times more than lower level employees as they rose up the ladder, compared to an average of five times in developed markets.

“This trend is commonly seen in emerging markets as talent scarcity plays a major role, and there are extremely high premiums to be gained by those people with the right skills,” the company said.

“Most notably, the highest-ranking executives in the UAE out-earn their peers in the US and UK.”

More generally, Mercer said there was positive momentum in the employment market with 50 per cent of UAE companies looking to increase their headcount and 45 per cent planning to maintain current staffing levels.

There was also a notable reduction in salary freezes, reported by just 3 per cent of companies this year from 10 per cent in 2016.

Across the GCC, the company found that 78 per cent of firms expect competition for talent to increase, with 47 per cent noting a lack of specific experts in some fields.

Labour nationalisation (53 per cent) was one of the top social issues cited by employers that was expected to impact the market in the next two years.

“This will have a clear and direct impact on the hiring trends firms will adopt, particularly on the reward mechanisms that are put in place to attract local talent,” said Mercer associate Maxime Jallageas.

“Packages offered and opportunities for advancement will need to compete with those offered in the public sector.”

Meanwhile, 39 per cent of firms said fiscal policy adjustments like the introduction of value added tax were most likely to impact their organisation