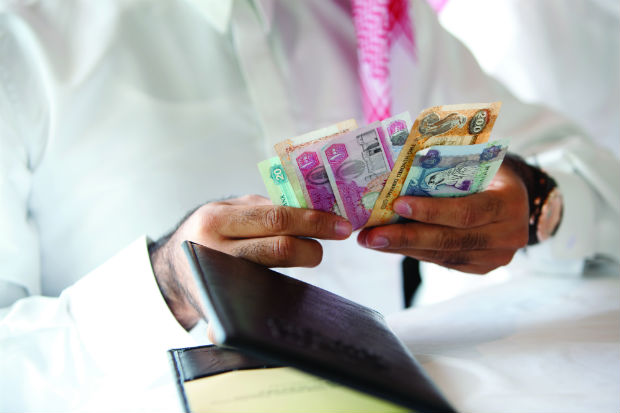 Salaries for existing employees in the UAE are expected to grow by six per cent on average in the next 12 months, a survey of human resources (HR) directors in the country found.

The poll by recruitment consultancy Robert Half also stated that about 43 per cent of companies in the UAE anticipated a wage increase of five per cent in the next 12 months.

Salary hikes are expected for both existing employees and new candidates, the study added.

Two in five HR directors surveyed said that salaries in the market are increasing while none reported a deflationary trend.

“The tables have turned in the job market and top performing candidates are now in a position to negotiate and command higher salaries,” said Gareth El Mettouri, associate director of Robert Half.

“Companies need to be aware that the best candidates are actively job seeking and that there is an increase in counter offers in the UAE.

“We are witnessing an increasingly inflationary wage environment locally and internationally in the US and UK markets to secure skilled professionals. Companies will need to pay higher salaries to attract top talent and offering localised benefits such as housing allowances as well as increasing salaries for current staff in a bid to retain them.”

The study also revealed that HR directors are more open to negotiate salaries with potential candidates.

Almost 56 per cent of HR directors are more willing to negotiate salary rates with top candidates compared to a year ago, an indication that applicants are now in a strong position to push for higher salaries and benefits packages, Robert Half said.

Moreover, the majority of HR directors are also ready to discuss remuneration packages with candidates in the early stages of the hiring process.

Around 24 per cent of hiring managers said that they believed it was appropriate for candidates to discuss remuneration in the first stage of the interview process while 45 per cent said that they were open to salary discussions in the second stage.

Salaries, especially in the private sector, across the UAE have not been keeping pace with the rising cost of living.

A recent survey by Bayt.com and YouGov found that about 40 per cent of professionals polled did not receive a salary raise in 2014 but expected one in 2015.

However such expectations are also overshadowed by concerns such as the ongoing oil price volatility.

Another report by Morgan McKinley earlier this year showed that if the oil prices were to fall below $50 per barrel, there will be a significant change in the economic outlook, which might in turn have a dampening impact on salaries across the region.