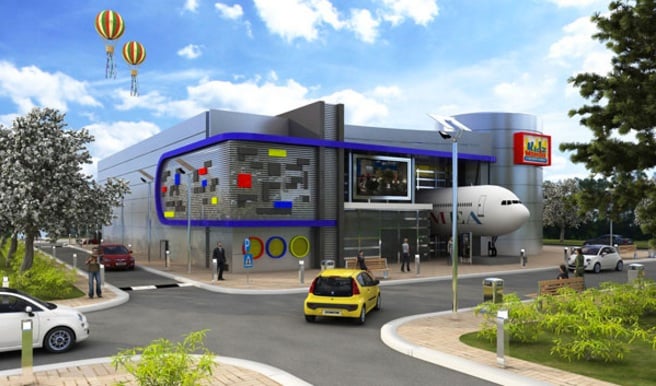 A massive new edutainment theme park is set to come up in Abu Dhabi’s The Mall at World Trade Centre, developer Aldar Properties has announced.

The KidzMondo park will be a miniature city targeting children aged between 2-14 years and offer activities and information about several professions, occupations and trades.

Jointly developed by KidzMondo and Aldar Properties, the new concept is slated to open during the first quarter of 2017.

It “requires an extensive financial investment,” the developers said without disclosing any further details.

Chairman of Kidz Holding and founder of the KidzMondo concept Ali Kazma said: “We have always regarded the GCC countries, especially the United Arab Emirates, as a strategic market for our innovative educational and entertainment projects.

“And we have always considered Abu Dhabi as one of the most important territories due to its economic and balanced growth over the years and as being one of the most innovative markets in the Arab world. It’s a market that has continued to focus and invest in the education of its children.

“This step supports our plan for further deployment throughout various countries of the world – most particularly the Arab countries in the Arabian Gulf.”

Currently, there are KidzMondo theme parks in Lebanon, Turkey, Qatar and Saudi Arabia.

The central idea of KidzMondo is to develop a small-scale city which simulates the daily life of adults where children learn about various professions and the value of money.

The city has its own economy with 120 activities and also uses its own currency called the ‘Kidlar’.

“The activities are designed to develop each child’s knowledge and mindset by cultivating a sense of responsibility, alongside a love for work, productivity and positive citizenship,” a statement said.

The location of KidzMondo, at the World Trade Centre mall, is hoped to help draw more crowds.

The mall, which opened in 2013, is part of the wider World Trade Center Abu Dhabi development, billed as a ‘historic district’ within the heart of the city.

The mixed-use development includes offices, residences, a souq, a mall and hotel Courtyard by Marriott with 195 rooms.