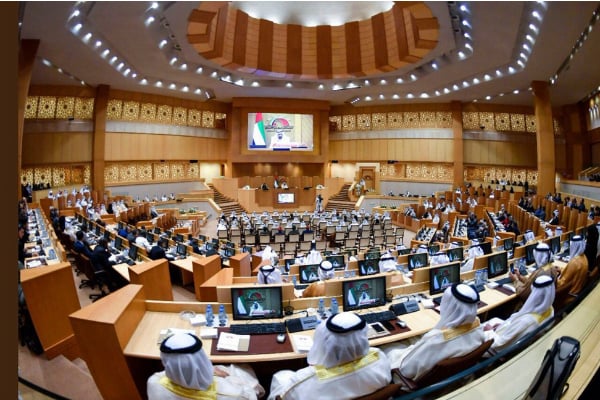 UAE President Sheikh Khalifa bin Zayed Al Nahyan has directed that the representation of women at the country’s Federal National Council (FNC) be increased to 50 per cent.

The decree, announced on Saturday, will be enforced for the 40-member advisory council’s coming term.

State news agency WAM said it “reflects the country’s future approach aimed at achieving full empowerment of Emirati women and emphasises their pioneering and effective role in all vital sectors of the UAE”.

Under the plans, the current percentage of women’s representation at the FNC will be increased from 22.5 per cent to 50 per cent, with the aim of placing the UAE among the top countries worldwide in terms of representation of women in parliament.

This will mean the country achieves in record time what as taken its global counterparts decades to achieve, WAM said.

“This historic step is a first in the Arab world and it culminates the full empowerment of the UAE women,” said FNC speaker Amal Abdullah Al Qubaisi.

The FNC’s current structure sees half of its members elected for a four-year term while the rulers of the seven emirates appoint the others.

The UAE Cabinet also approved a series of policies to increase female representation in the judiciary, diplomatic and business sectors last week.