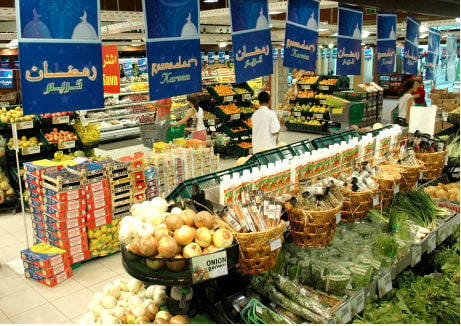 The UAE’s ministry of economy has said that discounts worth Dhs300m will be offered by co-operative societies and other retail outlets across the country during Ramadan.

The amount represents an increase of Dhs50m compared to a similar initiative last year, according to Hashim Saeed Al Nuaimi, the director of the Ministry’s Consumer Protection Department and rapporteur of the Supreme Committee for Consumer Protection.

Al Nuaimi also clarified that said that the number of fixed-price commodities for 2017 has reached about 4,500, up 15 per cent over last year.

Al Nuaimi said that the ministry is focussed on maintaining existing price levels during the month of Ramadan.

The ministry plans to conduct 450 field visits during the holy month covering co-operative societies, grocery stores, and meat, chicken and fish markets across the different emirates.

Al Nuaimi said the ministry is also raising awareness among consumers through initiatives such as radio advertisements, information kiosks and brochures to help protect their rights and ensure market stability.

He urged consumers to reach out to regulatory authorities for their suggestions, observations and complaints. The Consumer Protection department at the ministry will be extending its call centre’s working hours during the holy month to stay open from 8am to midnight.

According to the official, the department received 10,283 complaints in the first quarter of the year, under nine categories – high prices, cars, electronics, telephones, furniture, spare parts, tires, credit cards, and miscellaneous complaints.

In terms of recalled items, the ministry has set up a special website which will name the commodities under recall and also highlight the potential damage of the products involved.

Under an agreement signed between the ministry of economy and the interior ministry, owners of recalled cars will now be notified through their dealers, the official said.

In certain cases, the interior ministry will also send text messages to owners of the recalled cars informing them of the recovery campaign and advising them to consult with their respective dealers.