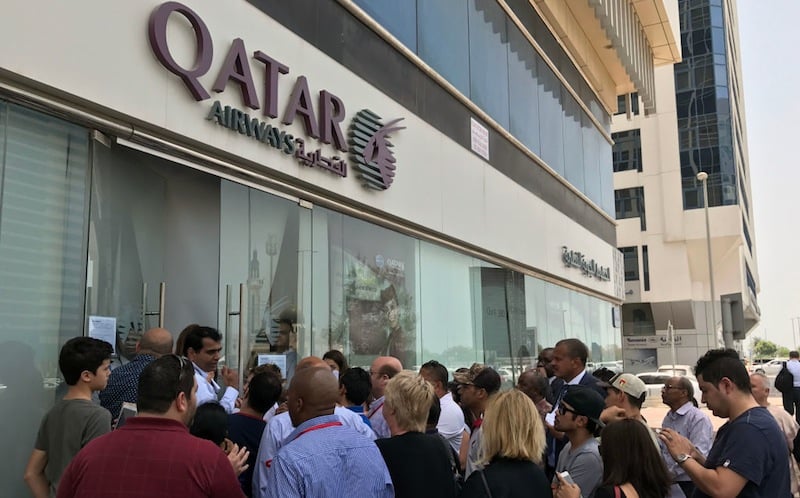 Qatar Airways has been ordered to shut down all its offices in the UAE, the country’s General Civil Aviation Authority (GCAA) announced on Wednesday.

In a brief statement, the authority said, “The UAE General Civil Aviation Authority has taken the decision to close all offices of Qatar Airways in the United Arab Emirates with immediate effect.”

The move comes after Saudi Arabia and Bahrain revoked the licence of Qatar Airways on Tuesday and said they will be shutting down the airline’s offices.

Qatar Airways was ordered to close its Saudi offices within 48 hours, and licences granted to the airline’s employees would also be withdrawn, the Saudi General Authority for Civil Aviation said.

In a statement on Wednesday, the airline confirmed the closure of its offices in Dubai, Sharjah and Riyadh.

“Any customers in these cities are encouraged to direct their queries to our call centre where agents will assist with refunds or reissuing of tickets,” it said.

Saudi, the UAE and Bahrain closed all air and land links with Qatar on Monday, after severing ties with the GCC state.

Airlines from the UAE, Saudi and Bahrain have suspended all flights to Doha, and Qatar Airways has also stopped operating flights to all the three GCC states.

Saudi has also banned all Qatari private and commercial airplanes from crossing its airspace, although the UAE and Bahrain have so far only closed airspace for flights landing and taking off between their respective countries and Qatar.

On Wednesday, a senior UAE official confirmed that more punitive measures could be taken against Qatar if the country does not change its policies.

“What we are hoping is that our action will send some sense into the decision-makers in Qatar when they will see their overall interest is in not undermining their neighbours,” UAE Minister of State for Foreign Affairs Anwar Gargash told Reuters in an interview.

Also read: GCC rift: What kind of an impact are regional airlines facing?