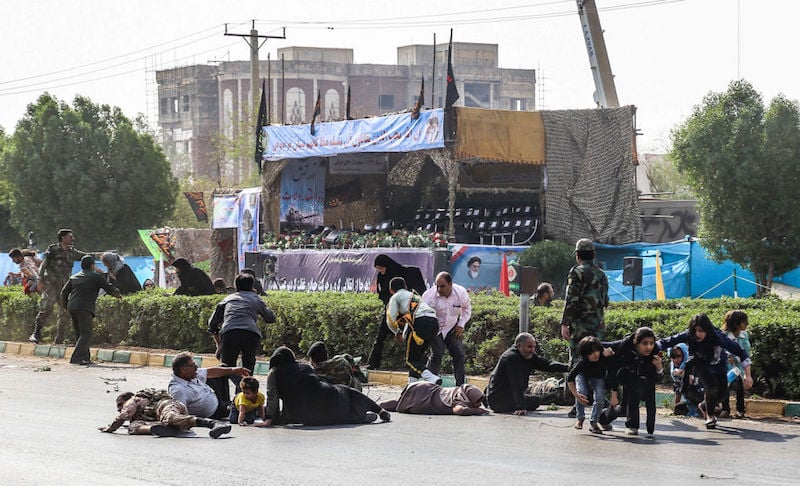 A senior United Arab Emirates official denied on Sunday Iranian allegations alluding to the involvement of the UAE in training gunmen that attacked a military parade in southwestern Iran.

The “formal incitement against the UAE from within Iran is unfortunate, and has escalated after the Ahvaz attack,” said Minister of State for Foreign Affairs for the United Arab Emirates Anwar Gargash in a tweet.

“The UAE’s historical position against terrorism and violence is clear and Tehran’s allegations are baseless.”

Iran’s elite Revolutionary Guards vowed on Sunday to exact “deadly and unforgettable” vengeance for the attack that killed 25 people, including 12 of their comrades.

Saturday’s assault, one of the worst ever against the most powerful force of the Islamic Republic, struck a blow at its security establishment at a time when the United States and its Gulf allies are working to isolate Tehran.

“Considering (the Guards’) full knowledge about the centres of deployment of the criminal terrorists’ leaders …, they will face a deadly and unforgettable vengeance in the near future,” the Guards said in a statement carried by state media.

Four assailants fired on a viewing stand in the southwestern city of Ahvaz where Iranian officials had gathered to watch an annual event marking the start of the Islamic Republic’s 1980-88 war with Iraq. Soldiers crawled about as gunfire crackled. Women and children fled for their lives.

Islamic State’s Amaq agency posted a video of three men in a vehicle who it said were on their way to carry out the attack.