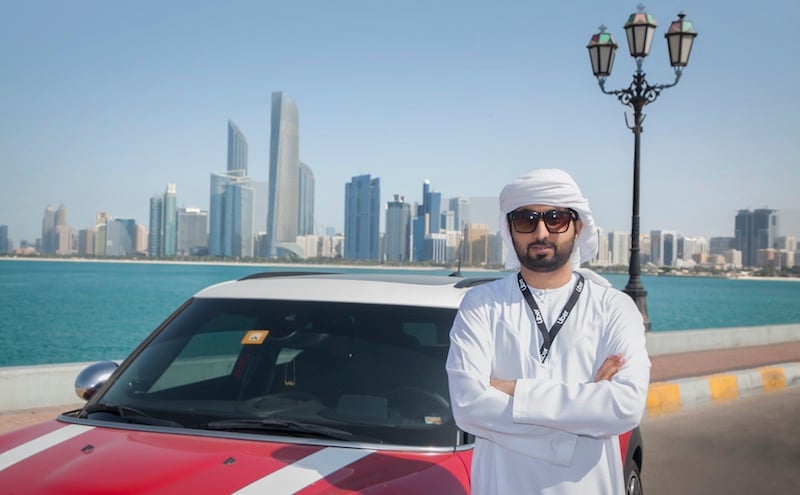 The first group of Emiratis have started driving on the Uber app in Abu Dhabi using their private vehicles, the company announced on Sunday.

The move follows the relaunch of the app in the UAE capital in December 2018 after a two-year hiatus.

While Uber drivers in the UAE are only allowed to operate through a limousine company, the firm reached an agreement with Abu Dhabi’s Integrated Transport Centre (ITC) to allow Emiratis to join the app as drivers and use their personal vehicles.

The move is hoped to “help provide flexible economic opportunities to Emiratis interested in driving on their own time on a full-time or part-time basis”, Uber said in a statement.

A landing page on the Uber website has been created for Emiratis to join the app and includes requirements and terms and conditions, including being above 21 years of age and having had a drivers licence for at least one year.

Tino Waked, general manager of Uber Middle East and North Africa, confirmed that the first Emirati driver-partner on the app has “already embarked on his first trip in and around the capital”.

“We are confident that we will continue to see an increase in Emirati sign-ups who seek Uber to make a flexible income,” he added.

Uber is also “optimistic” that the programme can soon be extended to Dubai and the rest of the emirates.

“If we can get more Emiratis on the platform, the costs can be lower – since they can drive with their personal car so the costs are not prohibitively high. It provides a much more cost-effective product for riders and a lot of economic opportunity for the nationals of the country,” he said.

Uber has already seen success with a similar programme in Saudi Arabia, where it now has 200,000 Saudis driving through the platform.