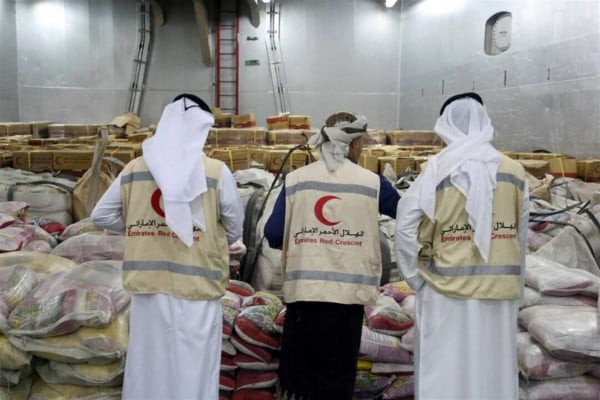 The UAE has been ranked the world’s largest donor of aid relative to its national income, according to data published by the Organisation for Economic Co-operation and Development (OECD).

Norway came second, contributing 1.12 per cent of its GNI, followed by Luxembourg (1 per cent) and Sweden (0.94 per cent).

Following the release of the figures, His Highness Sheikh Hamdan bin Zayed Al Nahyan, the Ruler’s Representative in Al Dhafra Region and Chairman of the Emirates Red Crescent (ERC), reiterated the commitment of the UAE to sustaining humanitarian principles and highlighted its continuing support for the underprivileged across the globe, said WAM.

Sheikh Hamdan stressed the country’s keenness on enhancing its humanitarian efforts across the world, while steadily following the approach of the late Sheikh Zayed bin Sultan Al Nahyan, who aimed to reduce human suffering and preserve human dignity.