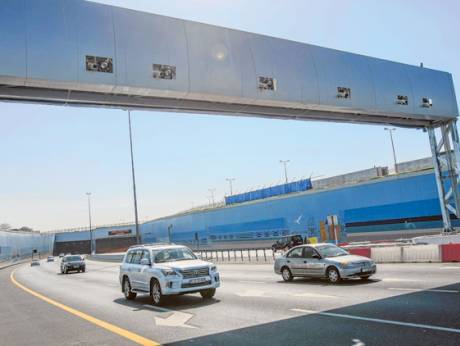 Motorists could be subjected to further fees if plans for a new toll system on the United Arab Emirates’ federal roads are implemented, it has been reported.

The Federal Transport Authority is considering plans to impose tolls on the 800-kilometre network, which connects the Northern Emirates to Dubai and Abu Dhabi.

Officials at a traffic workkshop looked into the dependence on private cars, traffic congestion and its costs and safety challenges posed by lorries.

No details were released on the toll system, its cost, its scope or charges for motorists during the session.

A “free-flow tolling system” has been in operation across Dubai since 2007 when Dubai Roads and Transport Authority introduced the Salik system in 2007.

By 2013, there were six tolls implemented across the emirate, including busy points along Sheikh Zayed Road, including Al Barsha, Al Safa and Al Garhoud Bridge toll gate.

International Road Federation vice president Michael Dreznes was quoted by The National as saying: “It does cost money to implement and maintain state-of-the-art safety features on a road. The public needs to understand that the tolls on federal roads should be used to ensure the road users pay for the maintenance and improvements of these toll roads over time.”

In December 2014, the FTA board reviewed a feasibility study on a lorry tolling system on federal roads. Lorries would have to pay premium tolls because they cause more wear and tear to roads. A lorry do up to 100 times more damage than a car.

Dreznes added that secondary routes must be provided for motorists who want to avoid the tolls, despite possibly becoming congested by motorists looking to avoid charges.