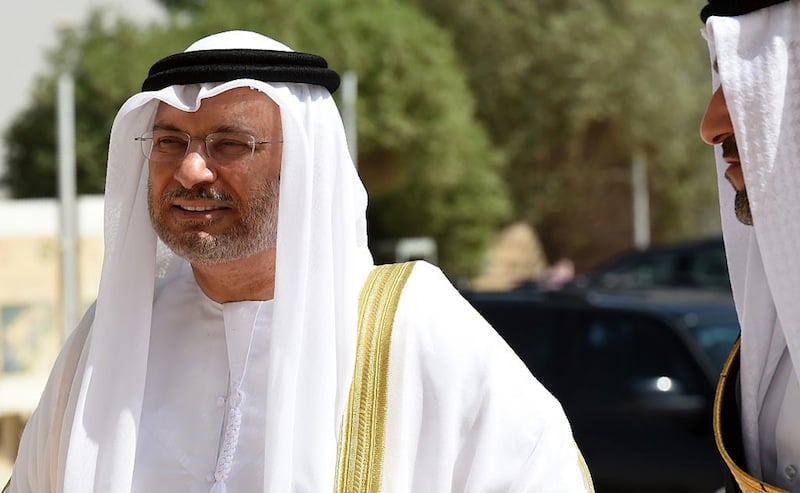 A United Arab Emirates government minister on Sunday warned that an alliance of Gulf Arab states was facing a major crisis and he said there was an urgent need to rebuild trust.

Anwar Gargash, UAE Minister of State for Foreign Affairs, made his comments on Twitter less than a week after Saudi Arabia and the UAE signalled frustration at Qatar. Its state media published purported remarks by Qatari Emir Tamim bin Hamad al-Thani criticising Gulf rhetoric against Iran and suggesting strains between the emir and US President Donald Trump.

Tensions have been rising between Iran and its Gulf Arab neighbours, who accuse Tehran of trying to expand its influence in Arab countries including Syria and Yemen.

Qatar denied making the critical comments, saying its news agency had been hacked, but Saudi Arabia and the United Arab Emirates allowed their state-backed media to continue running the story, angering Doha.

“The Gulf Cooperation Council countries are passing through a new sharp crisis that carries within it a great danger,” Gargash said. “Fending off sedition lies in changing behaviour, building trust and regaining credibility,” he added, without mentioning Qatar by name.

Gulf countries have made no official comment on the rift, which emerged after Trump’s first visit to Saudi Arabia and his meetings with Arab and Muslim heads of state since he took office. But a war of words had escalated between Qatari media on one side and Saudi and Emirati media on the other.

The row appears to emanate from old accusations made in 2014 that Qatar backs Islamists outlawed by Saudi Arabia and the UAE as terrorist organisations.

Ties between Qatar and some of its GCC allies suffered an eight-month breakdown in 2014 over Qatar’s alleged support for the Muslim Brotherhood, the political ideology of which challenges the principle of dynastic rule.

The rift ended after what diplomats said at the time was a promise by Qatar to the UAE that the Muslim Brotherhood would not be allowed to operate from the country.

Gargash said that the road to resolving any crisis “between someone and his brothers was to have true intentions, abide by commitments, change the behaviour that had caused damage and turn a new page”.

“Our position and our stability is in our unity and to have honest intentions,” he added.

Apart from Saudi Arabia, Qatar and the UAE, the GCC also groups Bahrain, Oman and Kuwait.

Earlier in the day, descendants of the founding father of Saudi Arabia’s Wahhabi brand of Islam published a statement in Saudi media distancing themselves from Qatar’s ruling family.

In the front-page statement, Saudi Arabia’s Okaz newspaper said that 200 descendants of Ibn Abd al-Wahhab demanded the renaming of a Qatar mosque named after the 18th century cleric even though most Qataris practise Wahhabism. “We, therefore, demand that the name of the mosque be changed for it does not carry its true Salafi path,” the statement said, according to the Arabic-language Okaz.

Qatar’s ruling al-Thani family traces its history to Najd, the central and northern part of Saudi Arabia where Ibn Abd al-Wahhab was from.