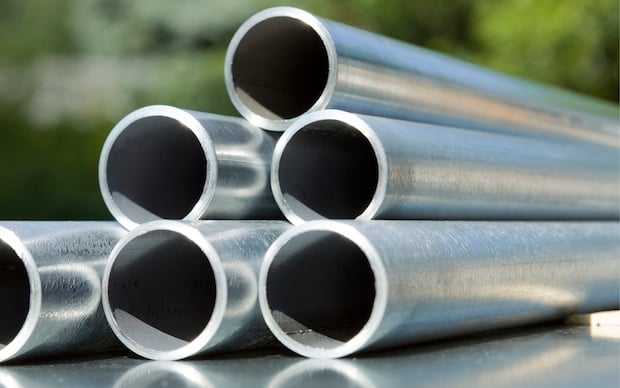 The United Arab Emirates could refer the United States to the World Trade Organisation over anti-dumping charges levied on steel pipes, a senior official said on Monday.

The US International Trade Commission announced on Friday it was taking measures against UAE, Oman and Pakistan in relation to circular welded carbon-quality steel pipes, after a Department of Commerce investigation found them to be sold in the United States for less than fair value.

The pipes are used in sprinklers, fences and plumbing systems.

“If that doesn’t work, we may – and we haven’t decided yet – have another option to go through the WTO channel. It depends on the case and the evidence that we have. But we believe we don’t practice any measure that (results in) dumping in the US market or harming the US market.”

Saleh said the industry doesn’t receive any subsidies from the government, which supported its claim that it didn’t pursue any unfair international trade practices.

There are already similar tensions between US airlines and Gulf carriers including Emirates of Dubai and Abu Dhabi’s Etihad Airways.

The US investigation began in October 2015 and follows a complaint from four American firms – two in Missouri, and one each in Illinois and California.

Saleh added the six Gulf Cooperation Council countries were continuing to study whether to raise import duty on steel.

Global steel prices have slumped as Chinese producers, which account for about half of worldwide steel supply, have flooded export markets, sparking protests and anti-dumping complaints by the United States and the European Union among others.

The GCC Secretariat was studying raising the level of duty imposed by Bahrain, Kuwait, Oman, Qatar, Saudi Arabia and the UAE to help protect local steel producers from cheap imports, according to local media reports earlier this year.

“There is a proposal on the table and GCC members are studying it. Hopefully, they will reach the agreement which is not about protecting the market but it’s protecting the fair competition in the market,” Saleh said.

He declined to give details, but said some Gulf countries have a band which allows duty to rise to 15 percent and the UAE was open to raising it to that level from its current 5 percent.

He added “soon”, when asked when a decision was expected.

Gulf nations have traditionally kept steel tariffs low to facilitate local building booms, although the construction sector – in particular in Saudi Arabia – has struggled since oil prices began to fall in mid-2014, which crimped state budgets for large infrastructure projects.