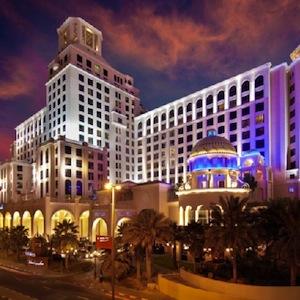 MAF, the sole franchisee of French hypermarket chain Carrefour will meet investors in Singapore and London starting June 26 following which the company may issue a dollar-denominated bond, subject to market conditions.

Any eventual bond will be under MAF’s $2 billion medium term notes programme, which was set up last year.

Due to market volatility, MAF, a rare example of an investment-grade fully corporate bond issuer from the region, decided to hold off on a debut conventional offering under the programme last year and instead opted for an Islamic bond in January.

It raised $400 million from a 5-year bond which priced at 5.85 per cent. The sukuk was bid well above par at just under 106.5 cents to the dollar on Friday, to yield 4.3 per cent, indicating a healthy level of investor interest in the paper.

MAF, which is seen as more price sensitive than other regional issuers, will be hoping to take advantage of a recent rally on Gulf bonds, particularly the high grade paper and Dubai names which has resulted in narrowing spreads and possibly more appealing pricing.

The company agreed terms for a $500 million loan to fund a shopping centre in Egypt where the mall developer had to take writedowns after Arab Spring protests, its chief executive said in March.