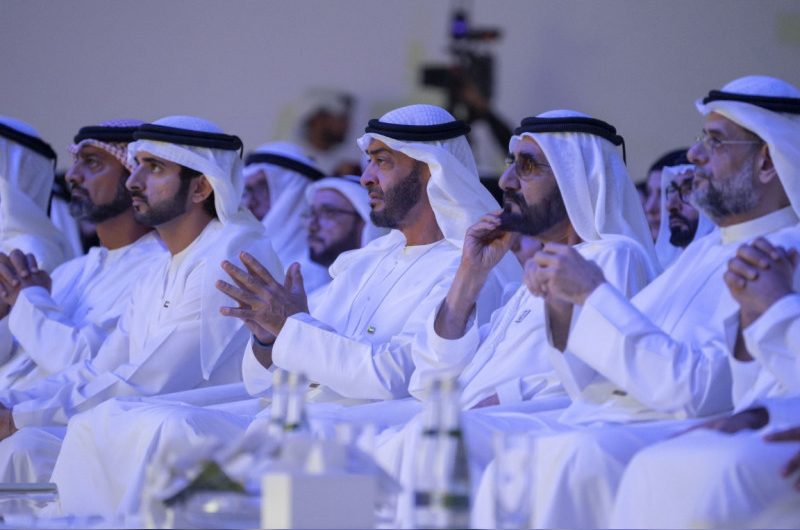 UAE leaders including Sheikh Mohammed bin Rashid Al Maktoum, Vice President and Prime Minister of the UAE and Ruler of Dubai, and Sheikh Mohamed bin Zayed Al Nahyan, Crown Prince of Abu Dhabi have gathered in Abu Dhabi to oversee the third edition of the UAE Government Annual Meetings which began on Monday.

Up to 500 officials from local and federal governments gathered for the meetings, which review the UAE government’s goals and priorities during the next phase and needed actions in various sectors.

The initiatives are in line with the UAE’s development plans, the goals of UAE Vision 2021 and the topics of the UAE Centennial 2071.

The 11 main topics that were discussed include –

The discussion focused on developing a number of initiatives around early childhood (0-8 years) within the UAE community to ensure the best care for them. Initiatives include the issuance of the Early Childhood Law and the development of the National Council for Early Childhood Development.

Officials discussed the launch of a comprehensive agenda for national activities, the development of the legislative and regulatory environment for tourism, the establishment of a platform for tourism data, and the launch of accelerators programme for the tourism sector in order to unify the efforts of the concerned entities in the tourism sector.

Initiatives discussed included the launch of the future of the digital economy council, the development of a digital legislative environment, the support of national digital startups, and the establishment of a global platform to attract investors in the digital economy.

The initiatives discussed focused on supporting and empowering the teacher in the UAE school system, enhancing their professional and professional abilities, and appreciating their efforts.

Officials deliberated on ways to support the entrepreneurial sector and establish new businesses in various vital economic sectors and future. The team also discussed the review and evaluation of the cost of doing business in the UAE and ways to reduce government procedures to ensure speed and ease of establishment and continuity of business in the UAE.

One of the suggestions was to develop a national charter of Zayed’s legacy, personality and values that constitute an ethical system for UAE nationals. The charter will also be translated to several languages and distributed in all local and international forums to introduce the people of the UAE to the values of the founding father.

The national payment system is a platform aimed at providing flexible and efficient financial services to customers, linking government services at the federal and local levels, and improving the efficiency of the government through coordinating payment channels to promote integration.

The UAE government team discussed the National Trade Promotion programme to promote UAE goods and services through a system to manage the UAE’s commercial offices around the world. The initiative aims to develop a range of regional and international agreements to support the deployment of UAE services in various international markets.

The system will provide an integrated data platform that preserves privacy and facilitates access to the best health services in the country.

Initiatives for retirees within the UAE community include: the national pension platform, retirement retraining and awareness programmes, advisory boards for retirees, and the retirement service packages.