Residents must stay home during the disinfection programme this weekend 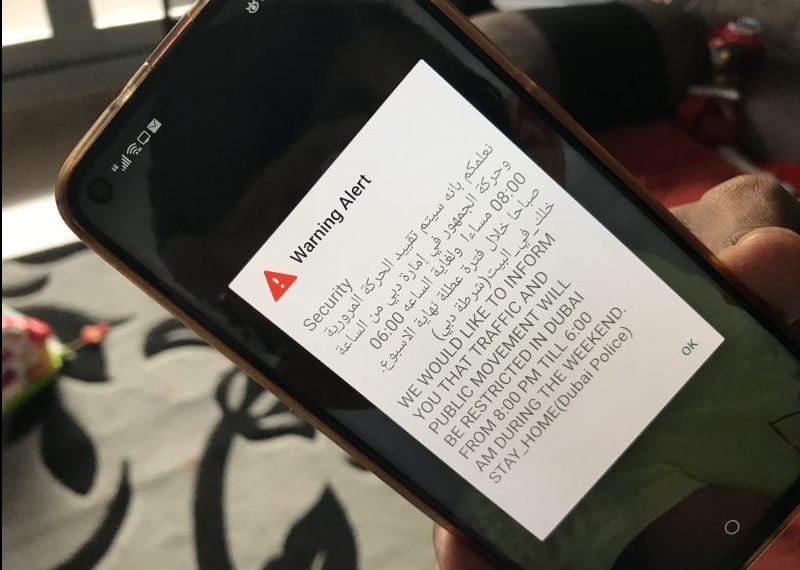 In its latest attempt to control the ever-growing spread of the Covid-19 contagion, the UAE has decided to sterilise all its public utilities, public transport and metro services over the weekend.

The Ministry of Health Prevention (MoHAP) and the Ministry of Interior (MoI) in partnership with federal and local authorities have announced the ‘National Disinfection Programme‘ which will disinfect and cleanse all public utilities, public transport and metro services.

The disinfection programme also extends to public and private facilities, and streets, an official confirmed.

The programme will commence at 8pm on March 26 and conclude at 6am on March 29, official news agency WAM reported.

However, the movement of traffic and public will be constrained and public transportation and metro services will be suspended only during the following timings:

The two ministries called upon the community to follow instructions during the sterilisation time for their safety.

The health ministry also encouraged the public to stay indoors during the disinfection period and avoid stepping out unless absolutely necessary to get essential supplies, such as food and medicine, or if working in vital sectors, including energy, telecommunications, health, education, security, law enforcement, military, postal service, shipping and logistics, medicines, water, food, civil aviation, airports, passports, banking and financial services, government media and the service sectors, including petrol stations and construction.

The workers’ personal or work identity will be checked and verified.

“We realize that the sterilization program will be implemented during the weekend period, which is the period that is usually allocated for social occasions and visits, but the current circumstances make it necessary for us to avoid gatherings, and to communicate with family and friends by phone or using social media,” a UAE government’s tweet read, citing Dr. Farida Al Hosani, spokesman for the health sector in the UAE.

Pharmacies, and food retail outlets in the UAE, including cooperative societies, grocery stores, and supermarkets, will be allowed to operate 24 hours.

The Covid-19 outbreak has afflicted 333 people in the UAE, claiming two lives, and disrupting social order.

Besides activating remote work systems for its federal employees, Dubai also instructed private entities to commission remote working for 80 per cent of its workforce, starting March 25 until April 9.