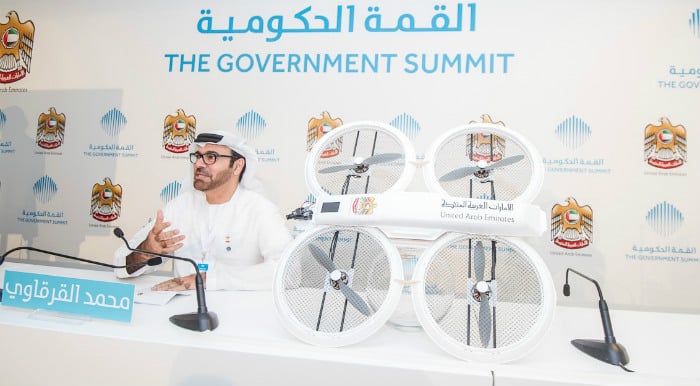 The UAE government has launched an international competition with a cash prize of $1 million for inventing Unmanned Aerial Vehicles (UAVs) to deliver government services in the country.

Companies, universities, creative individuals and specialised professionals will all be invited to participate in the competition, said officials.

The initiative was announced by Mohammed Abdullah Al Gergawi, UAE Minister of Cabinet Affairs and chairman of the Higher Committee for Mobile Government during the Government Summit in Dubai.

The international competition will be run by a committee of specialists in UAVs and government officials. They will evaluate how effectively each UAV innovation would add value to government services.

The UAV inventions must meet global safety standards, must be highly reliable, and must be capable of covering a reasonable geographical range within the city that will use them, a statement said.

Contestants’ submissions should include a full proposal detailing all technical features required for the drone to carry out a defined government service.

Technical details and processes for the competition will be announced soon, the statement said.

The winner will be announced in May 2014 and the idea will be implemented within the UAE federal government.

The UAE says that it aims to develop drone technology to deliver civilian services more “quickly and effectively.”

Potential applications include the delivery of government documents, traffic and infrastructure monitoring, and services in health and education, the statement said.

This will support the government’s drive to deliver private-sector standards of customer service, it added.

Al Gergawi said: “Sheikh Mohammed’s goal is for the UAE to be the smartest and most effective government in the world.

“We are committed to constant innovation in government services because ultimately this is the surest way to improve quality of life for all citizens, residents and visitors.”