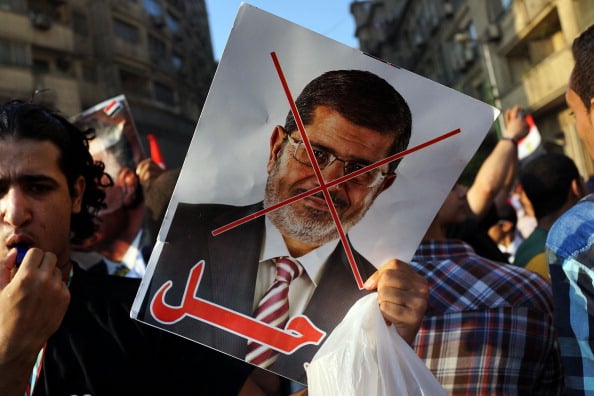 The United Arab Emirates and Kuwait congratulated Adli Mansour after he was sworn in as Egypt’s new interim leader on Thursday, a day after the military overthrew Muslim Brotherhood president Mohamed Mursi.

Most Gulf Arab states, rattled by the rise of Islamists in the Middle East, watched with relief as the Egyptian army stepped in to try to end the most serious crisis in the Arab world’s most populous country since President Hosni Mubarak was overthrown in 2011.

“We followed with all consideration and satisfaction the national consensus that your brotherly country is witnessing, and which had played a prominent role in leading Egypt peacefully out of the crisis it had faced,” UAE President Sheikh Khalifa bin Zayed al-Nahayan said in a cable to Mansour.

Gulf Arab states have long seen Egypt as a strategic ally against any potential threat from non-Arab Iran across the Gulf.

Relations between Egypt and most Gulf Arab states suffered after the uprising that toppled long-time ally Mubarak and propelled the Muslim Brotherhood to power.

Worried that the rise of the Muslim Brotherhood in Egypt would embolden Islamists at home, the UAE launched a crackdown on Islamists, arresting scores. A UAE court this week convicted more than 60 for plotting to seize power by force.

Qatar, the only Gulf Arab state that formally backed the Muslim Brotherhood, said it would support the Egyptian people, Al Jazeera television reported.

“Qatar will continue to respect the will of Egypt and its people across the spectrum,” al Jazeera quoted a foreign ministry source as saying.