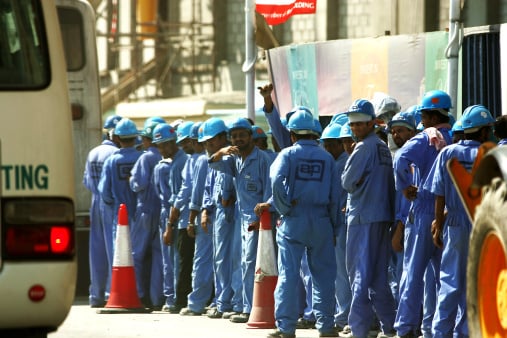 The United Arab Emirates has issued a new decree to ensure that employees are fully paid on time, the Ministry of Human Resources and Emiratisation announced on Tuesday.

Employers will have a maximum of 10 days from the due date as registered in the wage protection system to pay their staff under the new regulation.

The decree will come into force in October 2016, official news agency WAM reported.

Minister of Human Resources and Emiratisation Saqr bin Ghobash Saeed Ghobash said that companies that violate the rule will not be granted any additional work permits from the 16th day from the date of delay.

“Two main things should be considered in this matter: firstly, salary delays occur usually if the company fails to pay wages a month from the due date. The second, which refers to completely refraining wages, starts after entering into the second month,” Ghobash said.

“The decree shall refer to each case in a different matter,” he explained.

If a company delays wages by one month from the due date, the ministry shall inform the judicial authorities to take the necessary punitive measures against it, prohibiting the employer from registering any new companies or work permits.

Meanwhile if a company continues to refrain from paying wages, the ministry will use the bank guarantee, downgrade the company and enable the workers to move to another company.

Fines will start from Dhs 5,000 for every worker’s delayed wage and reach up to Dhs 50,000 in cases that include multiple workers complaining about delayed wages for over 60 days.

However, the ministry also said that if companies pay the wages during the first delayed month, the ban on new work permits will be lifted.

The ban will last for 60 days for companies that fail to pay wages for more than two months. But if a company frequently refrains from paying salaries, the ban duration will double.

The decree also states that the ministry shall not deal with companies that do not register for the wage protection system. It will also stop dealing with the owners of these companies until they register in the system to ensure that workers’ rights have been met, the WAM report added.