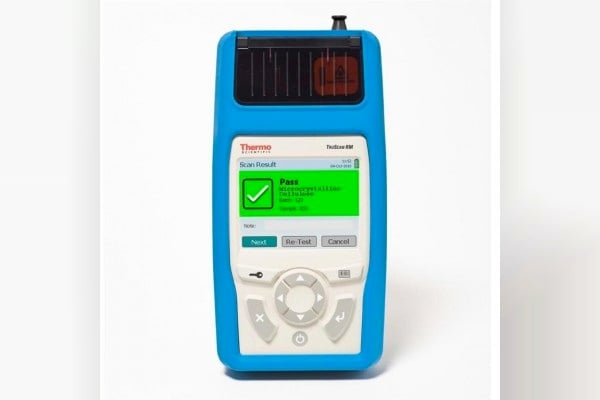 The UAE has introduced a new device that can detect fake or low-quality drugs in a matter of seconds.

The TruScan RM Analyser, a 900-gram device, was unveiled by the Ministry of Health and Prevention on Saturday.

The hand-held device holds a database with significant information, enabling it to identity and verify drugs.

It also ensures that drug inspection is performed without the risk of contamination or exposure, the WAM report stated.

Patients suffering from chronic diseases including cancer and heart ailment can benefit from the high-tech device.

Al Amiri noted that the ministry will be organising workshops and training programmes for drug inspectors to ensure proper device usage. They will also compile an updated medicine database that will feature the details of all local veterinary and human drugs.

The introduction of the device falls under the UAE’s ongoing mission to fight counterfeit medicines in the local market. Al Amiri said the country has established preventive measures, built a quality-control laboratory and is conducting research on medical and health products.

The UAE now stands as one of the world’s leading countries fighting fake drugs, according to reports from the Uppsala Medical Monitoring Centre of the WHO.