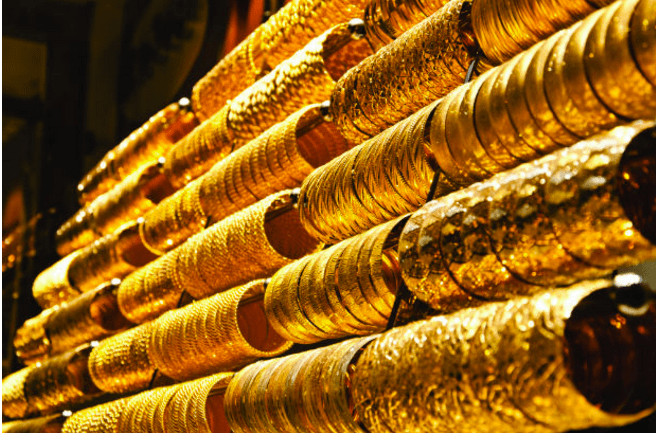 Demand for gold jewellery in the UAE has hit a 20-year low, the World Gold Council said in its 2017 report.

Jewellery purchases in the country fell 2 per cent from 43.4 tonnes in 2016 to 42.8 tonnes last year, the fourth consecutive annual decline, according to the organisation.

This was despite a 16 per cent demand increase in the final quarter of the year ahead of the implementation of a 5 per cent value added tax rate on January 1.

The slump in the oil price has seen consumer demand for gold products drop in the UAE and neighbouring Saudi Arabia – where demand was also down 8 per cent from 49.4 tonnes to 45.7 tonnes.

In the wider Middle East, Kuwait and Iran were the only markets to see increased gold jewellery demand last year, with growth of 4 per cent to 13 tonnes and 12 per cent to 45.4 tonnes respectively.

Iran may have even overtaken Saudi Arabia as the regional market leader were it not for a slump in demand to 2 per cent in the fourth quarter linked to worsening US-Iran relations.

Demand for bars and coins doubled to 40.5 tonnes in the region last year but the council said the market “remains a shadow of its former self” following average annual demand of roughly 70 tonnes from 2007 to 2016.