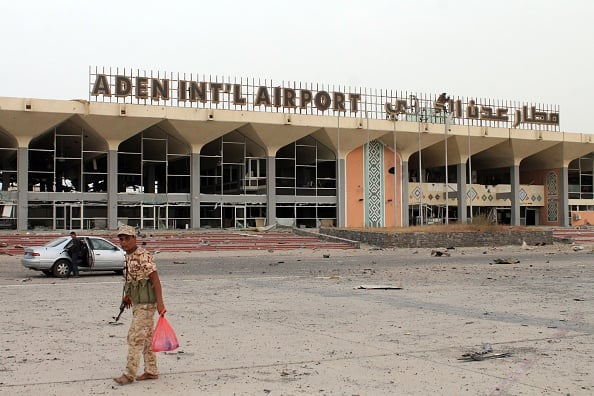 A specialist team of experts from the UAE are helping Yemen to restore operations at the war-ravaged Aden airport, Yemen’s transport minister Badr Mubarak Ba-Salma said.

According to comments published by state news agency WAM, Ba-Salma said that the UAE team is using a mobile air traffic control tower to help resume flights at the Aden airport within the next two days.

A UAE ship carrying food and medical supplies will also enter Aden on Tuesday, he added. Other cargo ships that are operated by the World Food Programme will be entering Yemen’s seaports this week.

The UAE and other Gulf countries, led by Saudi Arabia, have been instrumental in helping the Yemeni government regain control of the lost territory.

Yemen, which is one of the world’s poorest countries, has been ravaged by bombings and air strikes as various factions battle for power within its territory.

Earlier this year, a Saudi-led coalition of Middle East countries started to conduct air strikes in Yemen to stop the advance of Houthi rebels. The group has also been providing military training to forces loyal to exiled president Abd-Rabbu Mansour Hadi to stem the growth of Houthis within Yemen.

Gulf countries are sensitive about the rising prominence of Houthi rebels, who are allied with the GCC’s regional foe Iran.

Saudi, which shares a border with Yemen, is specifically keen to not let the country fall under Shi’ite Houthis’ control over fears of Iran meddling within the kingdom.

However the ongoing conflict between Houthis and the Gulf-backed Yemen government has also made the country a fertile ground for Sunni jihadist groups such as Al Qaeda in Yemen and ISIL.