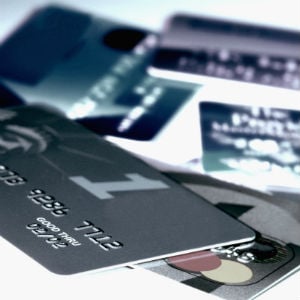 Restaurants and shops may soon refuse to accept premium credit cards in retaliation to a rise in commission fees from Network International, Visa, MasterCard and banks.

Local businesses have begun rallying support and may ultimately reject credit cards such as Platinum, Titanium, Black and Infinite after a letter was circulated from Network International, a regional payments solution provider, warning businesses that fees on premium credit card payments will rise to 2.25 per cent as of July 1st.

The current commission figure varies between businesses but the average is believed to be around 1.5 per cent, equating to a rise of 0.75 per cent.

The letter dated June 1st and shown exclusively to Gulf Business, details how local businesses when accepting premium credit cards from customers will now lose out on 2.25 per cent of the sale. The fee is divided between Network International, Visa or MasterCard and the local bank the card is from.

In the letter Brian Quarrie, executive vice president at Network International, said: “We have lobbied hard with the schemes to avoid any increase in the processing cost of premium card transactions, but unfortunately this decision has not been reversed.

“Network International has done its best to bear this burden till date but apparently it has become difficult to continue with the same rates and therefore we are compelled to revise your rate for all premium card products with effect from 1st of July 2012now attract a commission of 2.25%.”

Most of the local banks in the UAE issue premium credit cards including Emirates NBD, Mashreq, Abu Dhabi Commercial Bank and Abu Dhabi Islamic Bank. The move is expected to affect local businesses across the UAE when it comes into effect next week.

The COO of a local electronics store, said: “We work on some of the most extreme margins you’ll find in any industry in the country. We don’t have the luxury of big margins afforded to other stores. 0.5 per cent or one per cent is a lot for us.

“65% of purchases in our store are through credit cards, and most cards are the premium kind. Our cost of products is high which means customers use their premium cards with us more frequently to access the benefits.

“If banks can’t afford the premium cards why do they give them away for free to the majority of people with no annual fee? It’s not a case of lifting, it’s a case of shifting the cost unto us. Why should we pay for it?”

A high-end restaurant manager, who asked not to be named, said: “We’re going to lose Dhs40,000 a month, we can’t afford it. Our last course of action is to decline premium credit cards but that’s not something we want to do as it causes problems for the customers. But they’re leaving us with no option.

“There’s no governing body to control this so in three months time they can do it again. Shops were doing the same thing before but the government stepped in and put a stop to it. I hope they do the same again here.

“The Central Bank said they only protect the consumers but aren’t restaurants consumers too? They do not have any jurisdiction over this. Banks and merchants are free to negotiate fees and pass them onto commercial units.”

Though the letter warns of the rise in transaction costs it failed to explain which body had taken the decision to raise the fees, or whether it was a collaborative decision; something local businesses are still in the dark about. However, MasterCard were adamant it was out of their control.

Network International provides credit card payment processing services to 70 banks and 17,000 merchants in the region. It also has partnerships with global networks including American Express and Diners Club.

Emirates NBD, the major shareholder and owner of Network International, sold 49 per cent of the company to Abraaj Capital in December 2010 for Dhs2 billion – one of the largest private-equity transactions in the UAE in recent years. However the price was conditional on Network International meeting undisclosed profit targets.

As a result of the hike in fees, the international restaurant manager has begun touting the idea among fellow businesses of rejecting all premium credit cards, though he acknowledged it would be an extreme reaction and a last resort.

“Our last course of action is to decline premium credit cards but that’s not something we want to do as it causes problems for the customers. But we’re being left with no option,” he said.

The electronics store COO was quick to dampen the idea however, though he acknowledges there’s little else they can do.

“We can’t discriminate premium card users and we’ve been told we can’t add the cost on at the point of sale,” he said. “We’ve sat down and met with banks, we’ve met with Mashreq and with Emirates NBD but nothing’s changed. There’s very little in the way of headroom.

“No one’s taken responsibility for owning up to this, we don’t know who’s implemented it. If it’s Visa or MasterCard then the change should be implemented abroad or across the region.”

Refusal of premium cards may be where local businesses have the best chance of winning the battle as International Network’s Quarrie admitted the local economy depends on acceptance of all credit cards.

“With tourism one of the pillars of the UAE economy, it is essential that acceptance of international payment cards is wide spread,” he said.

“The continued high investment required to maintain our service levels has compelled us to pass on some of the cost to our end users. It is also important to emphasise that the commission being charged from merchants is competitively priced,” he added.

At the time of writing representatives from Mashreq Bank, Emirates NBD and Visa were unable to comment.