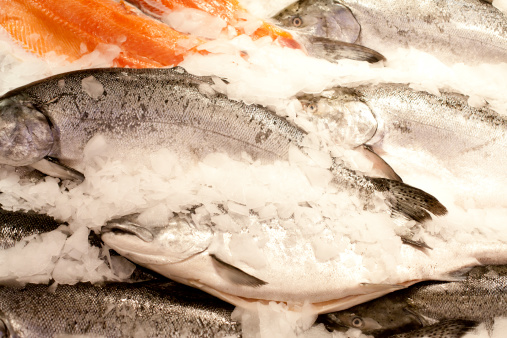 After golf courses in the desert and a ski slope in a shopping mall, the United Arab Emirates is now turning its hand to farming cold water fish such as salmon.

That’s the goal of one Abu Dhabi company which plans to farm the fish in chilled onshore pools at prices that can compete with imports flown in from Norway or Ireland.

Asmak, which already runs offshore fish farms, is harnessing technology honed in Scandinavia to set up the Middle East’s first onshore fish farm in a bid to provide affordable alternatives to popular local fish such as grouper.

“Within six to eight months you will be able to eat salmon that is locally produced here,” Tamer Yousef, its marketing and business development manager, told Reuters in an interview.

While Gulf companies are used to taking on the elements for projects such as golf courses and even an indoor ski slope in Dubai, Asmak’s plans pose a new challenge – keeping water at a temperature of 13 degrees Celsius in a region where sea water temperatures can go up to 40 degrees.

The project, with a price tag of Dhs100 million ($27.2 million), involved building what is dubbed a land-based recirculation aquaculture system (RSA) farm on an area of 500,000 square metres, which essentially takes sea water, chills it and then re-uses it.

“The advantage of having the farm onshore is that I will be able to control the environment so I won’t have to deal with issues like high tides or acid rain effects and most importantly the elevated temperature levels,” Yousef said.

While fish farming typically relies on tanks built offshore, this new onshore farming technique has been making headway in Europe and North America as it causes less harm to wild fish since there is no likelihood of spreading diseases into the sea or of farmed fish escaping into the wild.

And while some critics see the new technology as too expensive, Yousef believes the project makes financial sense.

“Even when you factor in the cost of keeping the tanks cooled, the price of locally produced salmon will be competitive with the imported salmon now available in the market,” he said.

Salmon available in local markets now is flown in chilled at temperatures between -5 degrees and 0 degrees Celsius. The cost of flying the salmon from mostly Norway and Ireland is around $4 to $5 per kilogram.

Experts from these two countries will work closely with a team of local fishermen to constantly update them on international practices, Yousef said.

Still, although local salmon is set to be on the menu in a few months’ time, it will take longer for the project to produce salmon of a size that would generate large revenues.

“We need at least two years to be able to harvest a salmon that is around 4 kilograms in size, which is the size that would bring the highest revenues,” Yousef said.

Asmak exports its fish to over 40 countries and has offshore fish tanks across the coasts of the region in the UAE, Saudi Arabia, Bahrain and Oman.

Hamour, the name given to the widely fished grouper of the Gulf region, will not be completely left off the table though.

The onshore farm, which will produce around 4,000 tonnes of fish a year, will also include Hamour, sea-bream and other varieties.

Kim Kardashian Brings Out Fans, Islamists And Police In Bahrain