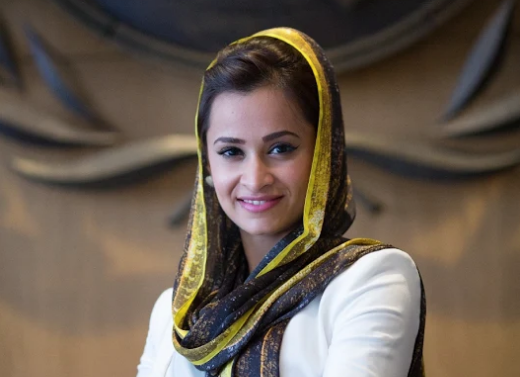 A United Arab Emirates female pilot running to head the U.N. aviation agency’s governing council said she is capable of playing a “bridging role” in trying to resolve an air dispute between several Gulf states and Qatar.

In 2017, the UAE, Bahrain, Saudi Arabia and Egypt cut political, economic and transport ties with Qatar, accusing it of supporting terrorism. Qatar denies the accusations.

Last year, the International Civil Aviation Organization (ICAO) tried to facilitate talks between Qatar and its neighbours to defuse tensions over alleged airspace violations. The dispute is now before the International Court of Justice.

Aysha al Hamili, the UAE’s first female pilot and its representative at the ICAO, also said on Wednesday in Abu Dhabi that any president of the 36-member council should recuse himself or herself from a dispute if there were a hint of bias.

“I will always try to play this bridging role and hope this dispute will end in the near future,” she said of Qatar.

Montreal-based ICAO cannot impose binding rules on governments, but wields clout through its safety and security standards which are approved by its 192 member states.

Al Hamili’s candidacy to become ICAO’s first female council president has raised questions among some members on how a leader from the UAE would broker strained relations between Qatar and its Gulf neighbours, including her own country, a source familiar with the matter said.

She is running against Salvatore Sciacchitano, the head of delegation for Italy at ICAO, a member of the agency’s Italian mission in Montreal said.

If elected president of the 36-member council during ICAO’s assembly from Sept. 24 to Oct. 4, al Hamili said she would maintain neutrality with Qatar.

“I expect a neutral president and as a council member If I see a bias I will right away ask the president to recuse himself,” she said. “We should focus that whoever is in that seat, is a neutral person.”

However, Almalki added that Qatar has not “seen the slightest inclination” on the part of the UAE as represented by al Hamili towards resolving the dispute, “so we would be surprised if her election to the presidency of the ICAO Council would or could have a positive impact on the removal of the prohibitions.”