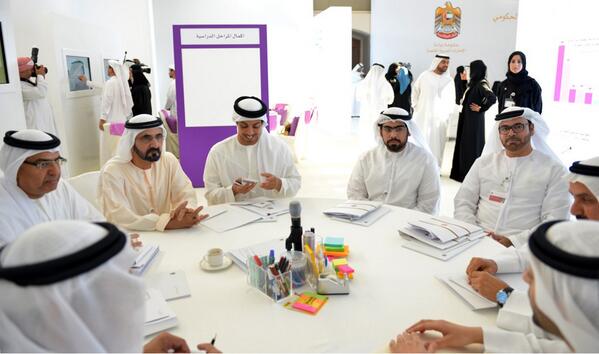 The UAE Federal Cabinet began an official retreat yesterday with a focus on overhauling the education system and the development of teachers.

The cabinet opened up suggestions to the public on how to improve both sectors, drawing thousands of responses across social media platforms and Sheikh Mohammed’s website.

The purpose was to engage teachers, students, school principles and parents in a large brainstorming session.

From his official Twitter account, Sheikh Mohammed said: “We concluded the first day of the ministerial retreat dedicated for discussion of education-related ideas submitted on.

“I usually brainstorm with small teams, but I wanted to try it with my people. The result was more than 65,000 ideas.

The ruler of Dubai also tweeted that Monday’s session would focus on the creative and constructive healthcare-related ideas that the cabinet received.

A number of educational initiatives were announced and endorsed by the Cabinet, including the launch of a system to evaluate schools and publish detailed reports on their academic performance to increase competitiveness.

An academic guide system was also announced to help students choose future academic specialisations that match the requirements of the national economy.