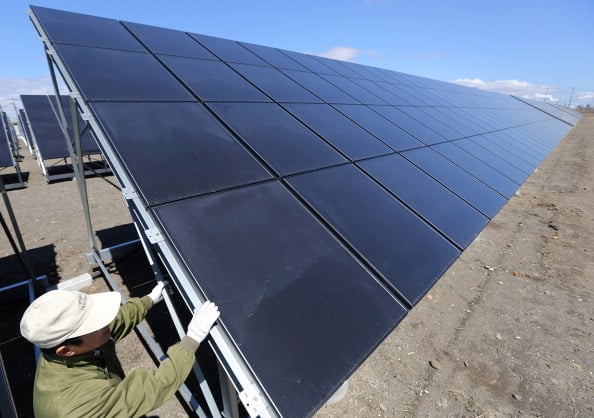 Industry experts have urged for sustainable construction in the UAE through increased use of solar technology to combat growing energy demand in the region.

Latest reports estimate nearly Dhs4.3 trillion worth of construction projects across the MENA region over the next decade, increasing energy demand that is currently growing at seven to eight per cent.

Experts advocate the use of solar energy to accommodate the growing energy demand as they maintain that solar technologies can sustainably meet the supply challenge in the region.

“With the UAE expecting a 71 per cent increase in primary energy demand by 2019 and the total energy spend set to be over $926 million, adapting solar energy in the total energy mix of buildings is a significant way forward,” said Adnan Sharafi, chairman of Emirates Green Building Council.

Studies have suggested that the installation of building-integrated photovoltaic, a solar technology that could replace conventional building materials, can provide an average electricity surplus of 25,000 kilowatt hours per year after meeting electricity needs in a residential building. Use of such technology can also reduce household energy bills by at least 25 per cent.

“Awareness of the need to develop green buildings and sustainable environments in the UAE is rapidly increasing, and there are concerted efforts across the entire supply chain to promote green building practices,” said Sharafi.

“For example, a bulk of the water heating requirements for residents is met through solar energy.”

“This was achieved through the use of a better insulated building envelope (walls, windows and roofs), more efficient AC systems, the use of LED lighting, and the use of solar water heating systems,” said Al Ketbi.

The UAE has dramatically increased its investments in solar energy as it seeks to widen its renewable energy mix.

The 100MW plant, located in the western region of Abu Dhabi, will generate clean energy to power 20,000 homes in the UAE.

In January last year, Dubai’s ruler Sheikh Mohammed Bin Rashid Al Maktoum also launched a Dhs12 billion solar park in the emirate that is projected to have the capacity to generate 1,000MW of power when complete.