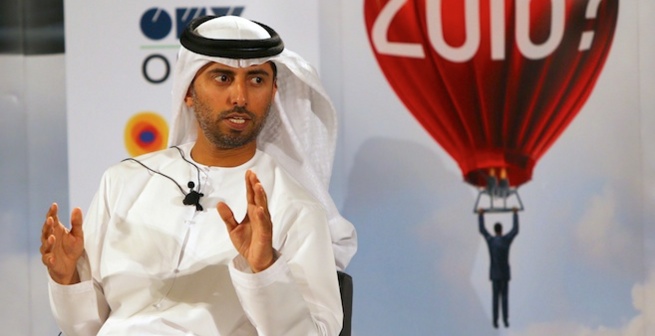 OPEC and non-OPEC oil producers should extend their production cut agreement into the second half of the year, the UAE’s energy minister has been quoted as saying.

Suhail Al Mazrouei stressed that the current deal agreed by oil producers in December to cut their combined output by almost 1.8 million bpd in the first half of the year is working, according to Bloomberg.

“There is a major logic in continuing the cut, but it’s a consensus decision and not an individual one,” he was quoted as saying. “I’m optimistic that as long as the agreement is there, the market will be heading toward re-balancing.”

OPEC members will decide during a May 25 meeting whether to extend their current cap into the second half of the year.

Al Mazrouei predicted the second half would see increasing demand as the country concludes maintenance work.

“The danger is not about oversupply in the market,” he was quoted as saying. “What we are focusing on in the second half of the year is the five-year average.”

In March the International Energy Agency predicted there would not be a rebalance of oil supply and demand until the second half of the year following a rise in global oil inventories in January.

“If current production levels were maintained to June when the output deal expires, there is an implied market deficit of 500,000 bpd for 1H17, assuming, of course, nothing changes elsewhere in supply and demand,” the IEA said.