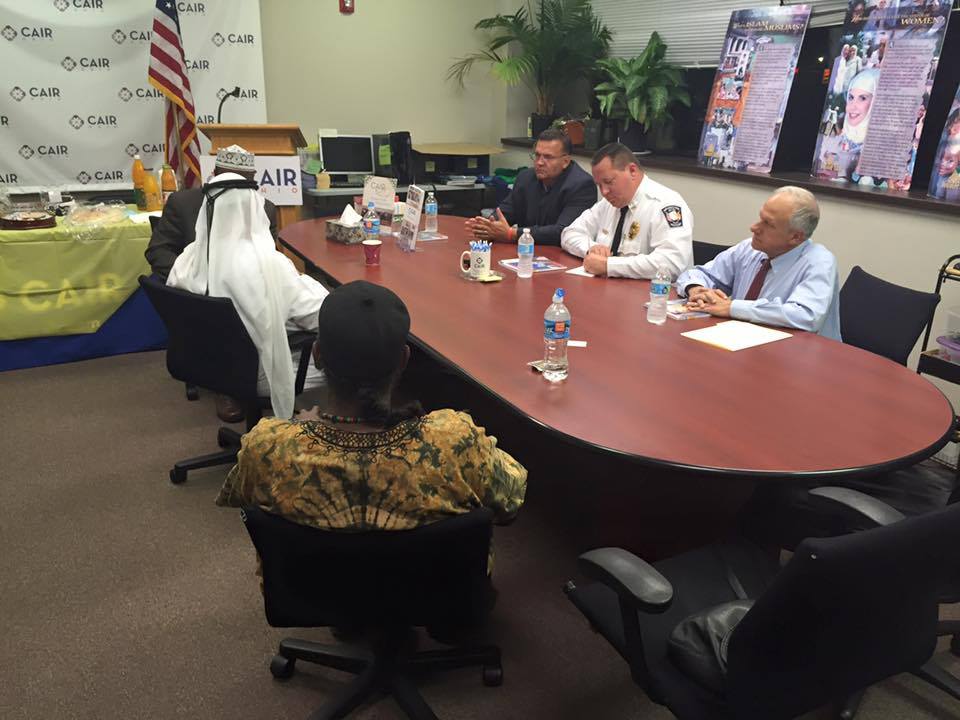 The UAE Embassy in Washington has urged the mayor of a town in the United States to take appropriate action after an Emirati businessman was wrongly accused of pledging allegiance to ISIL and arrested by armed police.

Ahmad Al Menhali, from Abu Dhabi, was arrested in the lobby of the Fairfield Inn and Suites in Avon, Ohio on June 29 after a clerk claimed to have overheard him pledge allegiance to the terrorist group on his mobile phone.

He later fainted after his restraints were released and was taken to hospital after reportedly suffering a stroke.

In a statement carried by UAE news agency WAM, the embassy said it had been in close contact with Al Menhali.

“Ambassador Al Otaiba discussed the situation with Avon’s Mayor, and urged a swift apology and response from all of those involved, including the local police. Mayor Jensen and Avon’s Police Chief subsequently met with Mr Al Menhali to apologise for the incident,” it said.

A video of Avon’s mayor and police chief apologising to Al Menhali was broadcast by local media.

“There were some false accusations made against you,” said Mayor Brian Jensen. “And those are regrettable. I hope … the person that made those can maybe learn from those.”

Al Menhali described the actions of the police as “brutal”, according to The National. “They pressed forcefully on my back. I had several injuries and bled from the forceful nature of their arrest,” he was quoted as saying.

The woman who made the false claim, believed to be a hotel clerk, could face criminal charges.

Following the incident, the UAE’s Ministry of Foreign Affairs and International Cooperation reportedly urged Emiratis not to wear national dress when travelling abroad amid concerns Al Otaiba’s attire may have been a factor in his arrest.