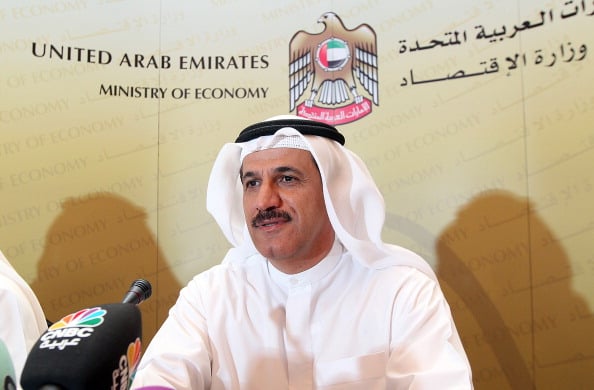 The UAE is expected to achieve GDP growth of between 3.5 to 4 per cent this year, the country’s economy minister Sultan bin Saeed Al Mansouri has said.

The growth will be aided by the UAE’s increasing attractiveness as an investment destination, official news agency WAM quoted him as saying.

Continuing to execute projects announced as part of the UAE Vision 2021 would maintain the strength of the national economic growth, Al Mansouri said at a forum in Abu Dhabi on Monday.

In its report in October last year, the International Monetary Fund (IMF) projected that the UAE economy would grow 2.3 per cent in 2016, compared to 4 per cent 2015. It further forecast GDP growth of 2.5 per cent for 2017.

The IMF also highlighted that the growth slowdown was more pronounced in Abu Dhabi as compared to Dubai.

“Real economic growth has averaged 5 per cent a year, while the importance of non-oil economic activities has grown steadily. Our efforts at economic diversification continue unabated with a target of increasing the contribution of the non-oil sectors to UAE GDP from 70 per cent today to 80 per cent during the next 15 years,” Sheikh Ahmed, president of Dubai Civil Aviation, chief executive of the Emirates Group and chairman of the Economic Development Committee said.

He added that the emirate’s economy was expected to grow 3.1 per cent in 2017.